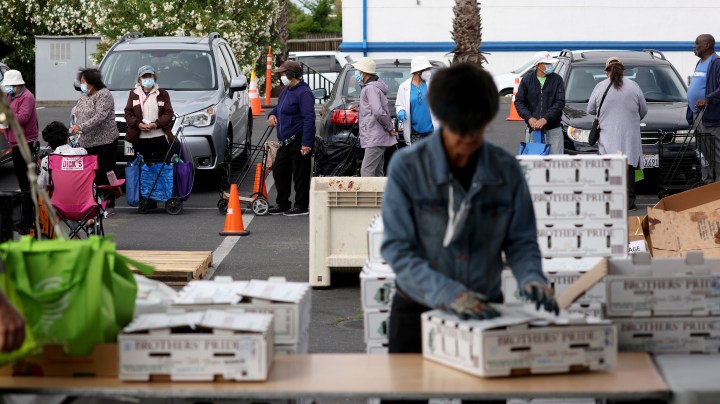 Marketplace spent a lot of time last week poring over the most recent Beige Book from the Federal Reserve — the central bank’s report on how things are going for businesses, consumers and even nonprofits. Published eight times a year, it provides a nationwide picture plus regional reports from the 10 Federal Reserve districts.

One point in those regional reports jumped out at us: Food banks are seeing more clients, and food insecurity is on the rise — in large part because inflation has made food too expensive for some families to afford.

Things were actually looking up last year in regard to food security. Unemployment was low and paychecks were growing. So, fewer people were coming to food banks for help than had been earlier in the pandemic.

That changed this spring, said Oregon Food Bank CEO Susannah Morgan. “We are the canary in the coal mine for what is happening for low-income folks in our community.”

What is happening is inflation. The nonprofit is on track to serve 1.5 million individuals and families this year — about 25% more than last year and nearly double the number before the pandemic.

“When your income is too little to pay for housing, to pay for health care, to pay for your transportation — the easiest thing to ask for is help with food. It’s much harder to get help with rent, energy, to get a new job,” Morgan said.

This is playing out across the country. Feeding America, a national umbrella organization for food banks, reported a 15% increase in demand in early summer.

“Where we’re seeing a sharp rise in prices are things like gas prices, food and rent and necessities that hit the lower-income households particularly hard,” said economist Jim Sullivan, who studies poverty at Notre Dame’s Lab for Economic Opportunities.

In July, the cost of food at grocery stores was up 13% year over year — the biggest jump since 1979. And that’s taking a toll, Bankrate financial analyst Greg McBride said.

At the Oregon Food Bank’s sprawling central warehouse in Portland, forklifts load pallets of soup, applesauce, milk and fresh vegetables. Most of it is purchased in bulk, said spokesman Jason Stephany, with government funds and charitable donations.

“So our scale is huge. But if the cost of food is rising, it definitely has an impact, even on us.”

One example: A tractor-trailer full of peanut butter that cost $34,000 before the pandemic now runs well over $40,000. 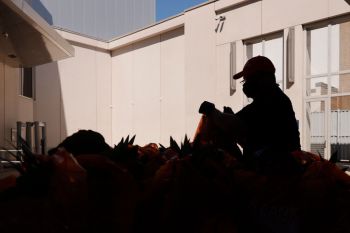