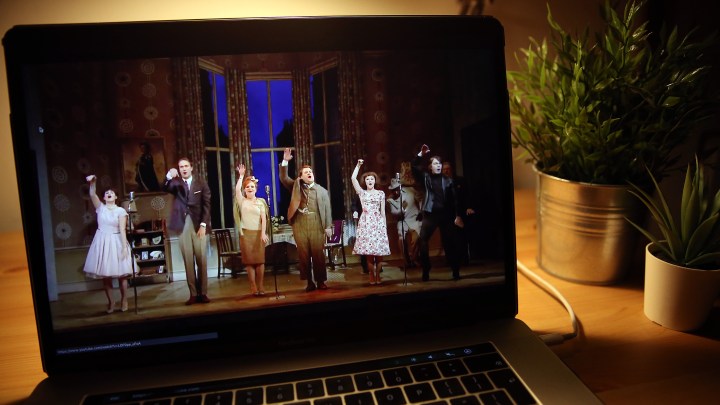 With live theater indefinitely shut down by the pandemic, some theaters considered streaming their shows for audiences at home.

It would be just another adaptation to life these days — hybrid-type performances. But the two main actors’ unions have been in a dispute over the virtual turf.

Actors’ Equity Association, which represents live stage performers and workers, and Screen Actors Guild – American Federation of Television and Radio Artists (SAG-AFTRA), the union for television and film workers, disagreed over which one should handle live plays filmed for broadcast.

Actors’ Equity members wanted to make content for streaming, but traditionally, streaming work had gone to SAG-AFTRA workers. But the show must go on, and on Thursday the two announced they had resolved their differences.

With restrictions over what type of streaming platforms would be allowed, how long a show could run and how many people could watch it, the unions agreed that Actors’ Equity Association could represent these theater broadcasts.

Actors’ Equity Association President Kate Shindle said, “This agreement for us was, not to overstate, a form of triage.”

The pact will only allow new productions to stream for limited audiences of people willing to pay. They will be shot as if they are live. So do not expect to see these plays on big streaming channels like Netflix, Hulu or Disney+. Production will not be as elaborate as, say, “Hamilton,” Shindle said.

But the new rules do add room to experiment. “I would love to see theater shot the way that professional football is shot or tennis is shot,” Shindle remarked.

As the pandemic drags on, it feeds audiences who are hungry for content, said media analyst Tim Hanlon of the Vertere Group. “There’s a heightened sort of desire from a consumer perspective to truly find something new and different.”

And even though this agreement only lasts through the end of next year, Carnegie Mellon University marketing professor Michael D. Smith said it  may change the streaming wars landscape.

“We’ve got systems that worked perfectly well in the old way of doing business, where there were bright lines between what is a live production and what’s a recorded production,” he said.

But this deal crosses those lines. And, Smith concluded, it’s an example of how the pandemic has accelerated change.