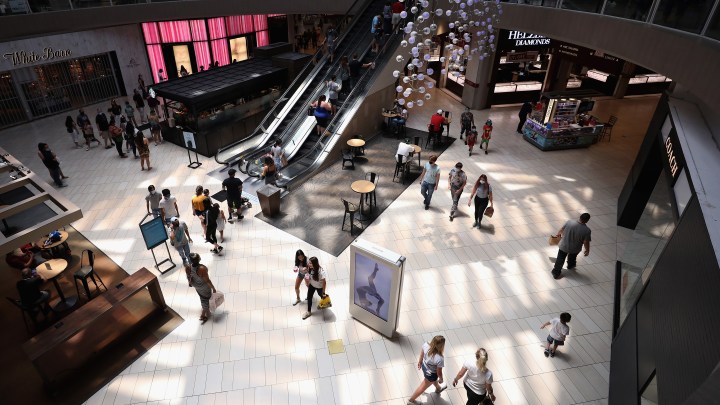 COPY
Consumers return to retail shopping at the a mall in Glendale, Arizona, in June. Holiday shopping will be mostly online this year due to the pandemic. Christian Petersen/Getty Images
COVID-19

Consumers return to retail shopping at the a mall in Glendale, Arizona, in June. Holiday shopping will be mostly online this year due to the pandemic. Christian Petersen/Getty Images
Listen Now

Every year, it feels like retailers are starting the holiday shopping season earlier and earlier. Well this year, because of the pandemic, it actually will be starting earlier. At least that is what retailers are hoping for.

You may give and get presents, but here’s something you probably won’t do in 2020: “You won’t be lining up at 4 o’clock in the morning with thousands of other people,” said Bill Thorne, senior vice president at the National Retail Federation.

“Companies are taking advantage of the fact that consumers have now gotten accustomed to the idea of product shortages,” she said. “Supply chain troubles have extended to so many industries now that consumers kind of know that if they see something they like, they should buy it now and not wait.”

With so many shoppers buying stuff online, retailers are trying to start selling now to avoid delays that could happen if everyone buys everything in the three weeks before the holidays.

“That then becomes a nightmare in terms of fulfilling and delivering all of this product to people’s homes,” said Neil Saunders, an analyst with GlobalData.

But we have high unemployment and considerable economic uncertainty.

“I don’t think you’ll see massive splurges over the holiday season the way you have in the past,” said Nick Shields, an analyst at Third Bridge.

And if we do spend, it’ll be on stuff for our lives at home, like decorations and cookbooks, he said.