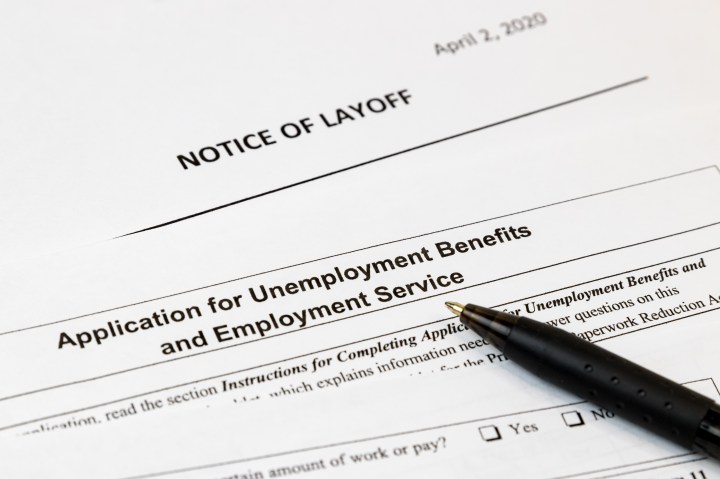 Tens of millions of people have been on unemployment at some point in the last seven months, since the pandemic began. Now, thousands are being told they have to pay some or all of that money back, either because they made an error when they applied for benefits, or the state did.

“People are terrified by these messages, and they’re coming in swarms,” said Anne Paxton of the Unemployment Law Project. “We’re hearing about this all the time.”

Many people receiving overpayment notices have already used their benefits to pay for basic living expenses.

“I don’t have $10,000 sitting around,” said Larson Ross, 25, who got a notice of overpayment from the state of Colorado in late August. “I was a low-wage tea house worker who was unemployed for four months. I was using the money from unemployment for food and rent. So it’s spent.”

He has no idea what he’s going to do. He’s never been so stressed in his life.

“The few days after I first received the letter I found it really hard to get out of bed at all,” Ross said. “It’s really tough.”

There are a variety of reasons people might get an overpayment of benefits notice. In Ross’ case, his employer successfully contested his eligibility for unemployment, saying he quit, which he disputes. In some cases, it’s because an applicant misunderstood or mischaracterized something on their application. In other cases, the state may have miscalculated a benefit, or approved an application before verifying all the information.

While this also happened in pre-pandemic times, the issue is particularly acute now given the historic number of claims that have flooded state unemployment offices since March — and the state of the economy.

“The circumstances for returning to work are just not the same,” said Kathy White, deputy director of the Colorado Fiscal Institute. “Congress needs to recognize that, and make sure that the systems that they’re putting in place for workers to help them through this time, that are just immediate relief … they cannot be punitive. Coming out of COVID with a $15,000 debt that you cannot repay is not helpful.”

With traditional unemployment insurance benefits and with Federal Pandemic Unemployment Compensation, if someone has been overpaid, states have the discretion to waive repayment, as long as there was no fraud involved — particularly if repayment would cause financial hardship. But that is not the case with Pandemic Unemployment Assistance. Under current federal law, states do not have the authority to waive repayment of PUA benefits if a person was overpaid, according to Michele Evermore of the National Employment Law Project.

“This is honestly the biggest reason that Congress needs to do something on COVID relief,” she said. “If this issue doesn’t get solved, this is going to be more explosive than people losing the $600 in some ways, because they’ll have to pay back six months of Pandemic Unemployment Assistance. Nobody who qualified for PUA is going to have that much money sitting around.”

Andrew Tolch applied for PUA in the spring, on the advice of both his bank and his accountant, when he had to temporarily close down his toy store in St. Louis, Missouri because of COVID.

Then, over the summer, he got an overpayment notice from the state of Missouri: he owed a big chunk of that money back — $2,376 in total.

“I was shocked, and I didn’t understand it,” he said. “I followed the rules correctly. We should have qualified, and according to the rules they gave us, we qualified.”

Tolch has since connected with a number of other small business owners in Missouri who also got notices of overpayment, and he said none of them understands why the state is now saying they didn’t qualify for pandemic assistance. They’re considering the possibility of a class action lawsuit.

“It will sink a lot of people if they would have to give it all back,” Tolch said. “Just one more blow from 2020 to small businesses.”

People who think they got an overpayment notice in error, or who can’t afford to repay the benefits, can always appeal — and should, according to Eric Salinger, director of the Employment Law Project at Alaska Legal Services.

But for people who do not win on appeal, or do not get a repayment waiver, states can find ways to recoup that money. Some are more aggressive than others, according to Evermore.

Larson Ross is afraid that will happen to him. He finally found a seasonal job in northern Colorado, and is making enough money to get by this month, at least — as long as the state doesn’t garnish his wages. Then, he doesn’t know.

Kathy White is hoping that Colorado and other states will use their discretion to waive repayment in cases where there was no fraud, and that Congress will change the law so states can waive overpayment recoupment of Pandemic Unemployment Assistance.

“It should be just forgiveness for error or overpayment in these unusual circumstances,” she said. “You don’t want to put people in a worse position because of the aid you’re trying to give them.”