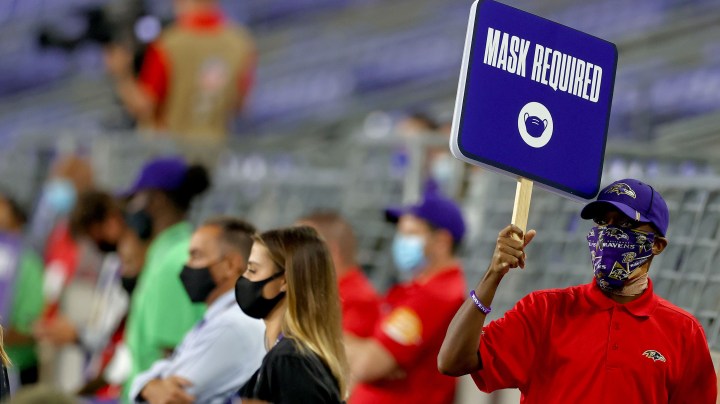 As football continues this fall, pro teams and major college programs are turning to architects in an attempt to devise stadium layouts to accommodate socially distanced fans and help prevent the spread of COVID-19 at games.

Nate Appleman is an architect for HOK, a Kansas City firm that designs stadiums and other venues. He said he has been busy in the last few months, dealing with questions like: “How are restroom facilities going to operate from a physically distant standpoint? How are concession stands going to operate? What is our maximum ability to populate the seating bowl in a physically distant scenario?”

HOK designed Mercedes-Benz Stadium in Atlanta, where the Falcons play. The Falcons decided not to have fans at home games in September. Now, HOK is mainly working with big college football programs.

In the NFL, it’s up to each team to determine its own fan policy.

The Kansas City football team opened the season Sept. 10 at Arrowhead Stadium. There were about 16,000 masked fans in a 75,000-seat venue.

The team worked with Populous, another Kansas City architectural firm, to make changes. The team’s president Mark Donovan knew that other NFL teams, still figuring out their plans, would be watching.

The Kansas City Health Department and the team later announced that a fan tested positive for COVID-19 the day after the game. According to the team, the fan was in compliance with the stadium rules while entering the stadium with a face mask. Wearing masks through the whole game is mandatory. The city health department directed 10 people who were at the game to quarantine for exposure.