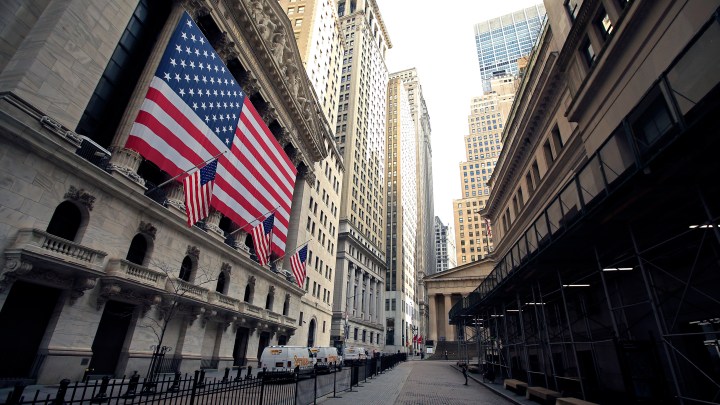 COPY
Recessions can shift what kinds of business deals are made, and corporations see value in diversifying their portfolios. Justin Heiman/Getty Images
COVID-19

Recessions can shift what kinds of business deals are made, and corporations see value in diversifying their portfolios. Justin Heiman/Getty Images
Listen Now

Last summer was the busiest in decades for mergers and acquisitions, with more than $1 trillion worth of transactions around the world in the third quarter. That comes after a very slow first two quarters, when the uncertainty around the pandemic put deals on hold. So what’s with the corporate rush to buy and sell, and what do trends within those deals mean?

You’ve heard all the clichés. The bigger the better. Strength in numbers. Go big or go home. In a pandemic, clichés may not be so bad.

“In times of turbulence like this, companies’ strategies need to change,” said Steve Morrissette, who teaches mergers and acquisitions at the University of Chicago. He said right now smaller companies need access to bigger corporations’ cash. And corporations can get better value.

“So maybe we avoid dumb deals and avoid overpaying during a recession,” Morrissette said.

A recession can also shift what kinds of deals are made. Corporations see value in diversifying their portfolios, which usually means buying brands that complement their existing business.

But think about Walmart’s bid to buy part of TikTok. That would make a very diverse portfolio. Asish Ramchandran, a principal in the Merger & Acquisition Consultative Services practice of Deloitte Consulting, said big companies can make fundamental shifts when the market swings.

“Companies that have got a sound strategy behind the scenes, they are looking and waiting where they can step in and make a deal,” he said.

“So how do you actually go verify if a factory is actually capable of scaling up production in Asia if you cannot actually do a site visit,” Ramchandran said.

Plus, the pandemic has disrupted global supply chains.

“Once you’ve made those investments and your supply chain is built through China, if something happens there, then that’s actually a risky thing,” said Myles Shaver, who teaches strategic management at the University of Minnesota.

He said companies with the smartest strategies are using merger and acquisition deals to get ahead of the pandemic and look at how business will look once it’s over.