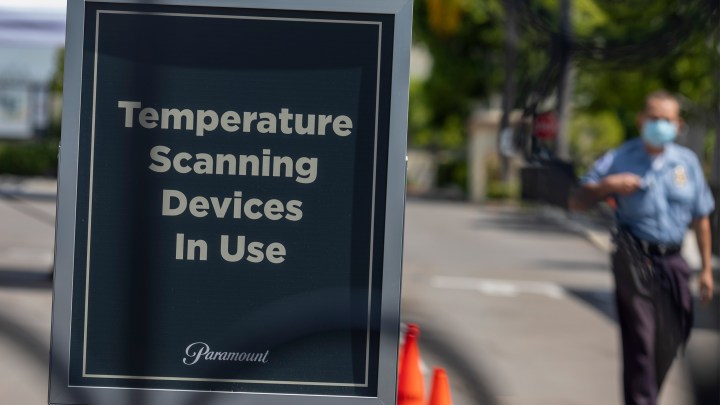 After months of wrangling, Hollywood studios, talent and trade unions have reached an agreement on how to safely restart production.

Some filming has been happening months into the ongoing COVID-19 pandemic with safety protocols on set decided on a case-by-case basis. This larger agreement comes after months of back and forth over how the hard-hit film and TV industry should get back on its feet

It’s looking better for dozens of shows that halted filming, like “Stranger Things.”

A new agreement between unions and studios includes guidelines for diligent use of personal protective equipment, instructions for crews to be  grouped into zones according to proximity to cast and everyone’s ability to physically distance.

It took several months to get there. One of the major sticking points in negotiations was COVID-19-related expenses, which aren’t small. Shooting of the movie “Jurassic World: Dominion” reportedly required 27,000 COVID-19 tests. That’s around $3 million.

Jason Squire, the editor of “The Movie Business Book,” said even on smaller productions, it adds up. COVID-19 means extra personnel, COVID advisers and “the other issue is insurance. There is still no blanket policy that includes COVID-19,” Squire said.

But the new agreement has more assurances for actors and other employees on set. Under the new terms, those who get sick will receive up to 10 days paid, and those who must quarantine will also get paid.

Actress Emma Ramos is happy about the clear guidelines. She’s back on set and just filmed her first intimate scene since the pandemic.

She said even though everyone is tested regularly, “I was hesitant.”

They rehearsed with masks. They got one take. Then, “applause. And then, obviously, immediately again with a nurse and then another test.”