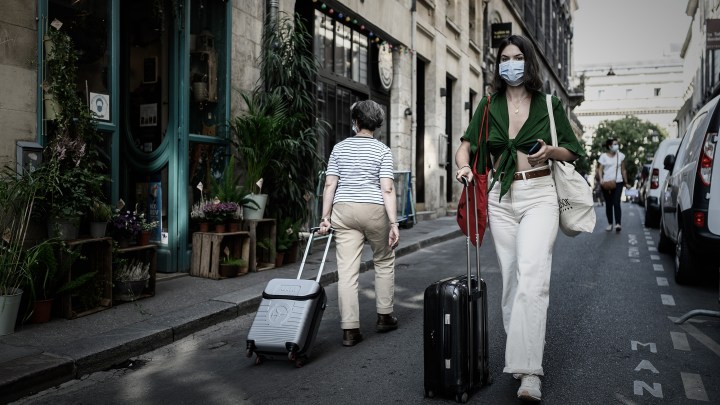 COPY
A woman wearing a protective face mask walks on a street in the French city of Bordeaux, which has imposed stricter mask-wearing measures. Philippe Lopez/AFP via Getty Images
COVID-19

A woman wearing a protective face mask walks on a street in the French city of Bordeaux, which has imposed stricter mask-wearing measures. Philippe Lopez/AFP via Getty Images
Listen Now

In France, many cities and dozens of towns have made it compulsory to wear face masks not only in stores but outdoors – at least in busy areas, which some say is good for business.

One of the early communities to adopt the outdoor mask policy is the up-market seaside resort town of LeTouquet, on France’s North coast. In the main street, there are lots of designer stores. And this message can be heard in French and English over the loudspeakers: “Ladies and gentlemen, as part of the respect of current health instructions to limit the spread of the COVID-19 virus, we remind you that wearing a mask is now mandatory in the city center.”