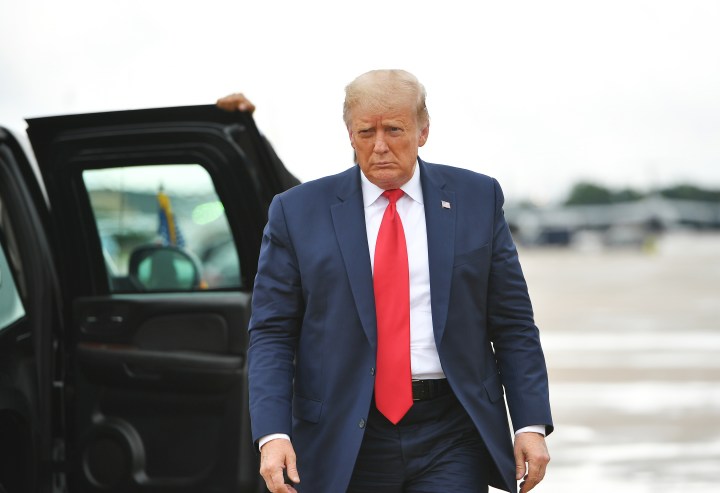 President Donald Trump makes his way to board Air Force One before departing from Andrews Air Force Base in Maryland on Thursday. MANDEL NGAN/AFP via Getty Images
Elections 2020

President Donald Trump makes his way to board Air Force One before departing from Andrews Air Force Base in Maryland on Thursday. MANDEL NGAN/AFP via Getty Images

Another week, another Trump tell-all that’s been unleashed into the world.

Since President Donald Trump’s entrance into office, several journalists, associates, and even family members have published political exposes about the current president. They include “Fire and Fury” by Michael Wolff; “Fear” by Bob Woodward; “The Room Where It Happened,” by John Bolton; “Too Much and Never Enough” by Trump’s niece Mary L. Trump, and more recently, “Disloyal” by Trump’s former attorney Michael Cohen.

Many of these books have been a commercial success, with publishers competing with one another to obtain the rights and authors earning millions in deals.

“Publisher after publisher has seen an opportunity to ride the crest of anti-Trump sentiment,” said Craig Allen, an associate professor at Arizona State University who has written about presidential communication throughout history.

But do these tell-alls have the staying power of traditional bestsellers? There’s no lack of interest from the public when it comes to salacious information about the presidency — but that success probably isn’t likely to be long-term, according to John Maher, a news and digital editor at Publishers Weekly. He said that topical books like these have a short lifespan, since the news cycle brings them their sales. And once that news cycle ends, so does that sales bump.

“I don’t think these books are necessarily going to stick around in the public consciousness because they’re based on events that are fleeting,” Maher said. “In this era, when you wake up, you’ve got nine breaking news alerts, and then there’s another nine breaking news alerts by the time you go to bed. News is being generated so quickly that it’s kind of impossible to keep the peg for too long.”

Maher also noted that Wolff’s “Fire and Fury” sold only 13 copies in August, according to data from NPD BookScan, which gives an indication of what a political book’s lifespan is.

And Allen pointed out that the list price for Mary L. Trump’s book “Too Much and Never Enough,” for example, has already fallen since its release. (It’s gone from $28 to roughly $17 on Amazon and is $19.60 at Barnes & Noble.)

“These books are being dumped onto the market in a short, grab-sales-now process,” Allen said. “Publishers make the money now, or they’re not going to make the money ever.”

It explains, for example, Bob Woodward’s decision to sit on information about the president’s attitude toward the coronavirus in his upcoming book “Rage,” set to be released next week. In his book, Woodward wrote that Trump admitted the virus was “deadly stuff” and that he “wanted to always play it down,” despite public proclamations to the contrary.

Peter Hildick-Smith, head of the book audience research firm The Codex Group, noted that publishing doesn’t have a big marketing budget to begin with. In nonfiction, particularly with political tell-alls, the vast majority of awareness for the book comes from media coverage — think interviews with Stephen Colbert or an appearance on “The Today Show.”

“So there’s a real attempt to try and make things as breathlessly breaking news as possible as the book is launching,” Hildick-Smith said. “I think the commercial instinct outweighs the civic duty sometimes.”

Allen said that the mass influx of political tell-alls coming out about Trump is unusual given that he is still in office.

“Classic tell-all books and the ones that are meaningful are ones that have been written after the person leaves office,” Allen said. “I can’t think of a time when there’s been more tell-all books about a single individual during the time leading up to a reelection during an election campaign.”

But Allen pointed out that the phenomenon of political tell-alls is by no means new, and that you can trace them back to the 1920s with the likes of “The President’s Daughter,” a book by Nan Britton about her relationship with President Warren G. Harding.

Then in the 1970s, Allen said the Watergate scandal unleashed a torrent of books about that period, including “All the President’s Men” by Bob Woodward and Carl Bernstein. Other notable political books include “For the Record,” which recounted that nearly every major decision made by President Ronald Reagan was influenced by Nancy Reagan’s astrologer, and “Jackie Oh!” by Kitty Kelley, a biography of Jacqueline Kennedy.

“[“Jackie Oh!”] was the book that first caused people to understand the affairs and the misdeeds in the Kennedy White House,” Allen said.

While this political climate has led to the publication of tell-all after tell-all about Trump, Allen can’t imagine that this trend will continue with future presidents if we move back to more “orthodox” candidates. Given that Trump was previously a media figure who had been in the limelight for a substantial period prior to entering office, Allen thinks it makes him a “rare source of tell-all examination.”

Hildick-Smith said that depending on who wins this upcoming election, the pace of publishing may drop back.

“But you could make the argument that whoever loses, their side is going to be eager, all the more, for revelations of what their opponents have been doing,” he said.

He added that he thinks politics has become a spectator sport, with issues that are so polarized, that everyone is forced to pick a side.

“That’s a sad thing,” he said. “But it’s been very good for publishing.”