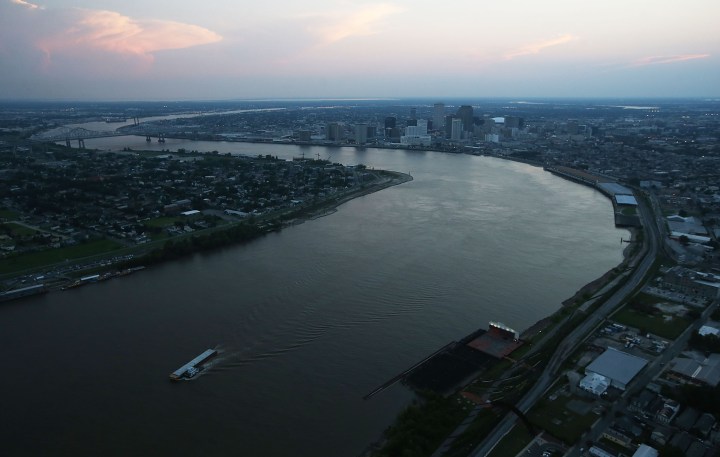 For months, the oil and gas industry has seen an unprecedented drop in demand, as so many Americans are still working from home and avoiding air travel. For Austin Golding, the decline in demand means a decline in business. He’s president of Golding Barge Line, based in Vicksburg, Mississippi. The company ships a lot of the oil and gas products that come from the Gulf of Mexico. He spoke with “Marketplace” host Kai Ryssdal about keeping his crew staffed amid the economic fallout for oil, and how he’s keeping them safe from coronavirus. The following is an edited transcript of their conversation.

Kai Ryssdal: It occurred to me as we were thinking about calling you back that you must have operations and people not just in Vicksburg, right, but all the way up and down the Mississippi River, which means you’re dealing with state health authorities and state regulations and all of that stuff as you try to manage through this crisis, right?

Austin Golding: Oh, yeah, absolutely. Especially in Texas, Louisiana, Tennessee, Florida. We employ people from 11 states that travel through all those states to get to work. So yeah, we’ve really had a lot of information to try to gather and coach around.

Ryssdal: How are your people doing? I mean, it’s none of my business. But has anybody gotten sick?

Golding: Well, we’ve had a few positives. Luckily, nobody has been hospitalized. But we’ve also been able to eliminate an outbreak on a boat more than about two crew members. And we’ve had a conference call every two weeks, where we have the entire crew from every boat do a stand-down meeting. And we have a physician that can answer medical questions, rather than us in the office trying to do that. We found that that physician really gave them a lot of confidence, and when he tells you that this is real, and you need to respect it, and you need to take care of yourself so you can come back to work, that sounds a lot better coming from a physician than somebody that’s not an expert. So that that was our angle.

Ryssdal: How much of your time as a guy running the family business with a couple of hundred employees, right, trying to keep it afloat in a really bad economy which we’ll get to in a second, and how much your time is spent dealing with coronavirus and COVID? And all the rest of this?

Golding: Well, I mean, it’s kind of a mixture of every single decision we make. All of our business has been affected by every load and every discharge. So, you know, we’re still making the exact same decisions we did before but with a COVID flavor to them. I mean, it’s a constant thought, and a constant factor for us to consider.

Ryssdal: Let’s remember here for a second that your business is transporting petroleum products, right, and oil and petroleum have been getting clobbered in the market because demand is so low. That’s got to be playing into you and your company’s bottom line.

Golding: Absolutely. This has been the roughest disruption that we’ve dealt with is in our company’s history. And we were definitely feeling it on our end from a volume standpoint and even a speculation standpoint. People are just not moving product like they did before. They’re hanging on to their capital and it’s definitely being passed on to us but we’re built in focus for the future. And you know, I think we’re going to come through this a stronger company, but it’s definitely painful.

Ryssdal: You would have done some things before this pandemic hit to actually grow Golding Barge Line. You had made a $20 million investment into new people and new boats and all that jazz. Is that lost money now? I mean, how you feeling about that?

Golding: Well, yeah, I’d say I feel pretty good about it. But yeah, it was definitely something if we had known this was coming, that investment probably would have been dialed back. But look, I mean, we have everything working as of today minus about 10% of our fleet. And you know, in the moment that’s easy to say, “yeah, I wish we hadn’t made that kind of investment or that large of an investment.” But at the same time, I feel like we’re going to be thankful we did in the long run. That investment is around assets that are going to last 30 to 40 years — and the boat and barge improvements and expansions that we’ve done. So, in the moment, it feels like a black eye, but black eyes heal.