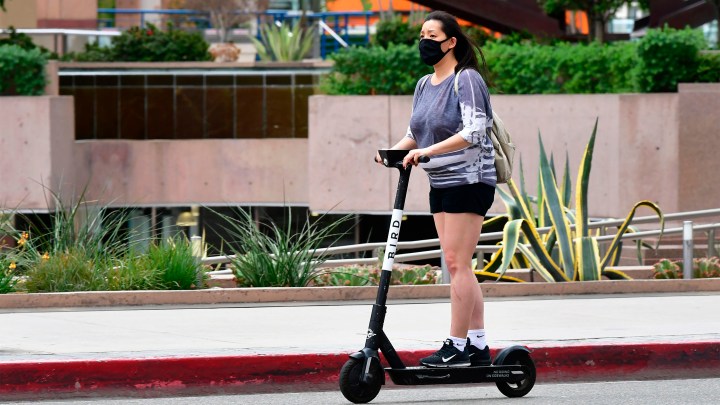 For those of you who are out and about again, have you seen those electric scooters back in the neighborhood, zipping past a little too fast?

In many cities, scooter and bike shares are returning pretty quickly. The fancy term for this is micromobility. And a new report suggests people are finding new ways to use these services to get out and about, providing new opportunities for these relatively new industries.

Americans’ use of shared bikes and scooters before the pandemic was growing 60% a year. Then in March, we all stopped moving.

But by this summer, New York City’s bike-share program saw ridership nose ahead of July 2019. The National Association of City Transportation Officials has a new report suggesting micromobility is back.

Some local governments are offering discounts to essential workers who are hopping on the shared bikes, too. The e-scooter business was already struggling financially when the pandemic came, said David Zipper, a fellow at the Harvard Kennedy School.

“The leading players — Lime, Bird and Spin — removed their scooters from the vast majority of cities,” Zipper said. “And there was a lot of concern about whether scooters could exist in the future.”

Then people started emerging from their lockdowns. They really wanted alternatives to buses and subways. And scooters scooted back.

“People may not be going to and from school the way they used to,” Zipper said. “It’s going to create some opportunities as well as some needs for these micromobility companies to rethink the role they’re going to play.”

So there’s opportunity, uncertainty and responsibility.

Courtney Ehrlichman, a transportation consultant, said the next push is to encourage micromobility companies to serve neighborhoods without good links to public transportation.

“There’s this really intense pressure on these e-scooter companies to address these transit deserts,” Ehrlichman said.

First, though, those scooter companies will probably want to figure out how to make money. 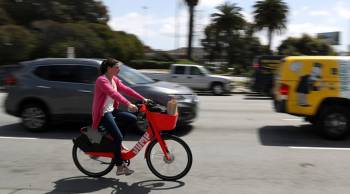 Uber’s new pitch: Instead of four wheels, how about two?