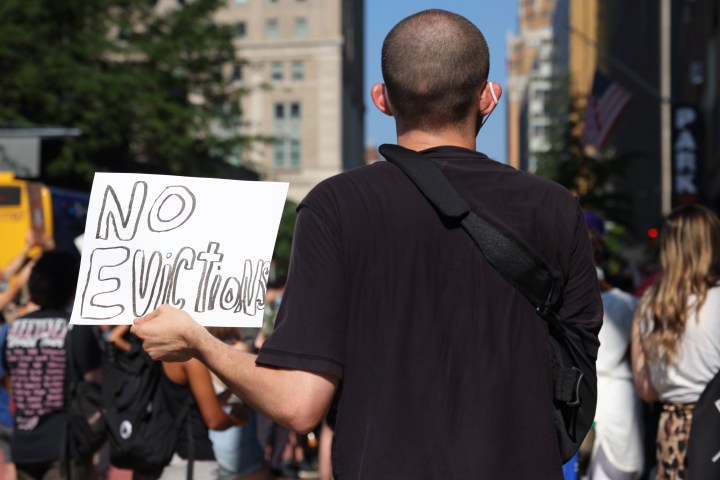 The Centers for Disease Control and Prevention this week announced a nationwide ban on most evictions through the end of the year “to prevent the further spread of COVID-19.” Under the temporary ban, landlords cannot evict qualifying renters who certify that they are making their “best efforts” to keep up with rent, but are unable to pay in full because of COVID-related financial hardship.

A more limited federal moratorium on evictions, enacted in March under the CARES Act, only covered renters living in properties with federally-backed mortgages, and expired at the end of July. Many state and local eviction bans have also expired in the last two months, and more are set to expire soon, leaving a growing number of renters at risk of being evicted in the middle of a pandemic. There have already been significant increases in eviction filings in recent weeks in a number of cities and states where local bans expired.

This new move by the CDC offers the broadest protection yet to the estimated 30-40 million people around the country who are struggling to keep up with rent, but stops short of what many housing advocates, landlord groups and Democrats in Congress have been pushing for, which is a federal rental assistance program.

“An eviction moratorium on its own isn’t enough,” said Diane Yentel of the National Low Income Housing Coalition. “Because eventually those moratoriums expire, and they create a financial cliff for renters to fall off of when back rent is owed, and they’re no more able to pay it then than they were at the beginning of the pandemic.”

That is what Lucia Guardado, 62, is worried about — what happens when the moratorium expires. She and her husband, Rafael, both lost their jobs back in March, as soon as the pandemic began, and fell behind on rent almost immediately. A friend loaned them money to cover April and May, but they haven’t been able to pay rent since then. Many of their neighbors in Chelsea, Massachusetts, just outside of Boston, haven’t either.

“Every month the stress and anxiety is always there,” she said. “When you’re in this situation, when you’re potentially facing an eviction, you carry a lot of nerves. Because once this wave of evictions hit, it will hit hard. And I will be a part of that.”

Guardado said she and her husband have been proactive about communicating with their landlord, and looking for ways to come up with the money. They both pick up small jobs whenever they can, and they’ve applied for emergency rental assistance from the state, but they’re still waiting. Even if they get it, it would only cover two months of back rent.

“Without rental assistance to cover the mounting debt that will be insurmountable by Jan. 1, this is only going to delay eviction, and push the harm onto the shoulders of the small property owners,” said Emily Benfer, law professor at Wake Forest University School of Law, who has been tracking eviction bans during the pandemic. “Congress is out of time to bolster this public health intervention with rent relief.”

House Democrats included $100 billion in rent relief when they passed the HEROES Act in May, but negotiations between the House and Senate over a final coronavirus relief package have stalled. A number of cities and states set up their own rent relief funds in recent months, but in most cases, the amount of funding did not come close to meeting the need.

“We’re heading towards a housing crisis. We have renters facing enormous financial hardships at the same time that costs and uncertainty have increased for housing providers,” said Paula Cino of the National Multifamily Housing Council, which represents landlords, apartment managers and developers.

Overall, about 80% of renters have been able to keep up with rent so far, according to a weekly survey from the Census Bureau, though there are significant racial disparities; Black and Latino renters are about twice as likely as white and Asian renters to be behind. Those numbers have also not been updated since the end of July, when the extra $600 a week in federal unemployment benefits expired.

“All indications are that that, along with the stimulus check that people received … made a huge difference in families’ ability to pay their rent, and cover other costs like food and other bills,” said Peggy Bailey, vice president for housing policy at the Center on Budget and Policy Priorities. “So it is highly likely that low-income families are particularly strapped now that they’ve lost that additional $600 a month.”

Even before those supplemental unemployment benefits ran out, more than 40% of renters said they had little to no confidence that they would be able to make next month’s rent, and many reported borrowing money from family or friends to get by. A growing number of people are also using credit cards to pay rent.

“I think people have this understanding that without housing, nothing is possible. And that when the moratoriums lift, all that accrued rental debt will be due,” Benfer said. “So they’re trying extremely hard to stay up with that rent, and to make sure that they can stay housed.”

Carolyn Hatchett has been doing everything she can to keep up with rent on her new apartment in St. Paul, Minnesota. She has three kids and two jobs — one at a grocery store, the other as a Personal Care Aid — and she never knows, from week to week, how many hours she’ll get or how much money she’ll make. Some weeks her take home pay is barely over $100. But when she has to make choices — between food and rent, or the electricity bill and rent — rent always wins.

“I’ve been without. I’ve been homeless. I’ve been homeless with my kids before. That’s not something that I want,” she said. “I’ve had a home and had no lights before, too. So, to have been through both of those struggles, it kind of helped me understand what I should pay first, and that’s to keep a roof over my kids’ head.”

So far, she’s managed to keep up with rent, but she’s two months behind on electricity — $700 in the hole, and counting.

“I’ve been making little payments on it,” said Hatchett, 30. “But you know how it is when you’re behind on a bill and you know the bill is coming up again, so the little money that you did put on it don’t look like nothing now because another bill then came out.”

It’s a lot, especially as a single mom. She worries all the time.

“I’m stressed. I’m totally wiped,” she said. “It takes a lot for me to get up out my bed in the morning.”