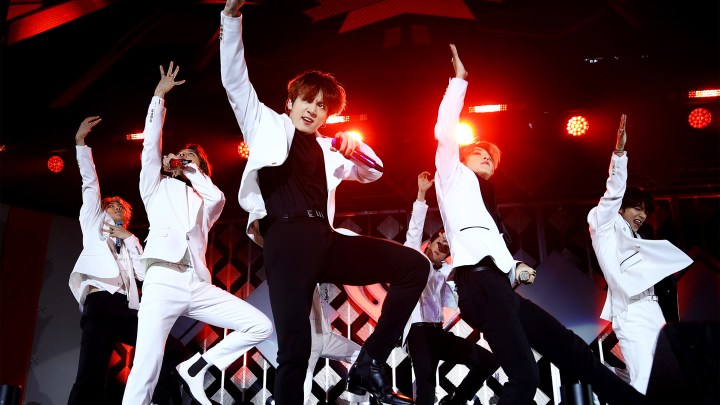 But Korean pop is not a new phenomenon — it’s a multibillion-dollar industry that rivals the American pop music machine.

With their song “Dynamite,” Korean boy band BTS knocked Cardi B and Megan Thee Stallion off their perch at the top of the Billboard Hot 100.

It’s the first time a K-pop song takes the top spot, though K-Pop has been taking over the world for a long time. Remember “Gangnam Style”?

The genre’s growth is no coincidence. The South Korean government has been aggressively exporting culture for decades as an economic strategy, whether it’s soap operas, film or K-pop.

The “Korean economy is very much an export-led economy since the 1960s, and culture is very much the hot item of the 21st century,” said Youngju Ryu, associate professor of modern Korean literature at the University of Michigan.

In a 2019 report, the Korean Ministry of Culture, Sports and Tourism said the country exported $6.3 billion worth of cultural content. About $5 billion of that is the music.

Jeff Benjamin writes about K-pop for Billboard magazine. He said you can hear it in the music: It’s made for export.

“Almost every K-pop group has a singer, has a rapper, has a main dancer — they really try to make sure all areas of pop music are hit within one song,” he said.

Also, “Dynamite” is BTS’ first song entirely in English, which makes it superstreamable. And with the music business getting almost all its revenue from online platforms, that’s what counts.

With all the chaos and bad news, who doesn’t need a little K-pop dynamite in their life?