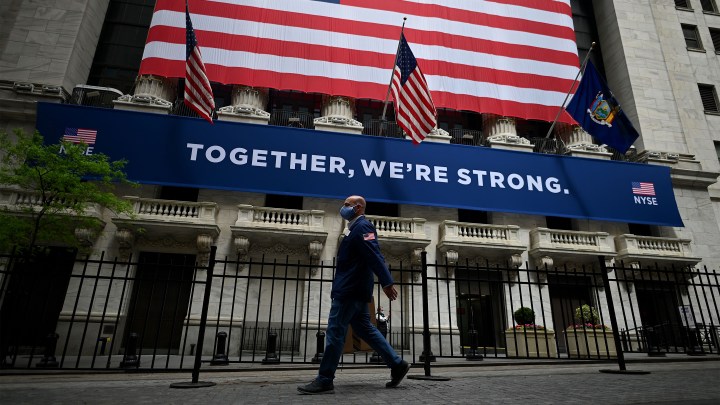 It has been the best of times for the S&P 500, as the stock index hit its highest level again Monday. But for many Americans who find themselves laid off, furloughed or just squeaking by, this pandemic recession is the worst of times.

This raises the question: Who actually benefits when Wall Street sets a record?

Three decades ago, the wealthiest 10% of Americans owned 79% of the stocks and mutual funds in the market. Now, they own 87%, according to the Federal Reserve Bank of St. Louis.

Economist Edward Wolff, who studies income and wealth distribution at New York University, said many middle-class families have been left out of market gains because their money tends to be locked up in their homes.

“Since middle-class incomes have been pretty stagnant the last 20 years or so, once people pay for their home, they don’t really have much money left to buy other assets,” Wolff said.

Despite efforts to broaden stock ownership for the middle class, including 401(k) savings accounts offered by employers, “the amounts of money invested are still pretty small,” Wolff said.

The statistical divide in stock holdings has widened since the Great Recession. During market drops, the wealthy have stayed in while many others sold. Middle-class investors have bailed out as volatility made it hard for many to sleep at night, said Yosef Bonaparte, associate professor of finance at the University of Colorado Denver.

“In March, when the market was falling apart, I had to go on a different bed and sleep,” Bonaparte said. “At 2 a.m. I woke up sweating and cold. Stock market volatility, it’s not easy.”

At times, bull markets can help all Americans, assuming companies generate healthy earnings, create jobs and share wealth with employees, said Joseph Minarik, economist at the Committee for Economic Development of the Conference Board.

But in this pandemic, Minarik said, many lower-income earners — say, in retail — haven’t been able to work due to pandemic restrictions. By contrast, many higher-salary workers can do their jobs from home and keep investing.

By the way, in the last three decades, the stock market has grown faster than the economy, according to a new working paper from the National Bureau of Economic Research.