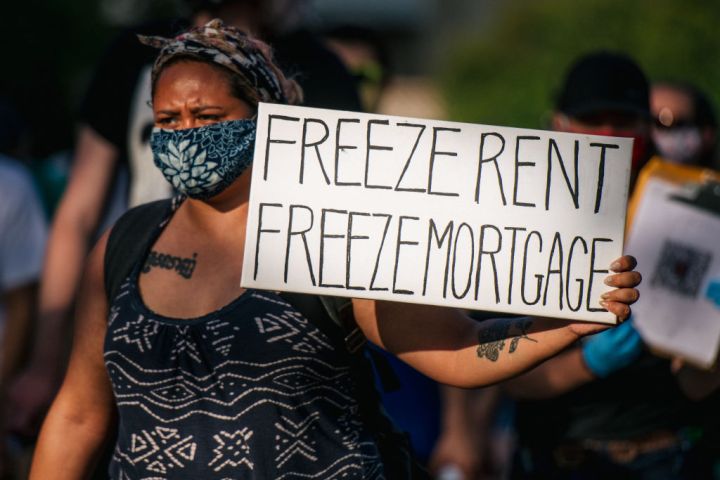 Around the country, cities and states that have set up assistance programs to help people who are struggling to pay their rent because of the pandemic are being inundated with applications. In most places, the amount of funding available is nowhere near enough to meet the need — even with strict eligibility requirements in place that leave a lot of people out.

Louisiana on Monday stopped accepting applications for its brand new rent relief program just four days after it launched, because it got so many more requests than it could handle. In Los Angeles, more than 220,000 people applied to the city’s rent relief fund, but there is only enough money to help 50,000 people. And as soon as New York started accepting applications for its rent relief fund last week, “within minutes of its opening, the website was down,” said Cea Weaver, of Housing Justice for All.

In New York, the state’s $100 million rent relief fund isn’t even an option for many of those who need it, according to Weaver.

Eligibility for rent relief varies from city to city and state to state, but in New York and many other places, you have to be able to prove that you’re making less because of COVID. And a lot of people who are receiving unemployment are actually making more because of the extra $600 a week the federal government has been tacking onto state benefits.

“On paper it looks like I’m making more now,” said Kat Griffin, an actor in New York City who’s been out of work since March. “Literally, every artist is making more now with the boosted unemployment.”

That extra $600 a week in expanded unemployment is the only reason Griffin has been able to pay rent for the last few months. But those checks are set to stop at the end of July. By then, though, it will be too late for Griffin — and many others — to apply for rent relief. Applications for the fund will be closed.

For people who are lucky enough to get rent relief, in New York and elsewhere, the funds will generally cover a portion of their rent for a few months.

“It’s such a patchwork effort that there’ll be some people that will be helped, but so many people are unnecessarily at risk of eviction,” said Peggy Bailey, of the Center on Budget and Policy Priorities.

“The most straightforward way to address this problem is to provide rental assistance that gets directly to families and individuals through the next federal relief package,” she explained.

The House has already passed a relief package that does include rental assistance, and the Senate is currently working on its own proposal. There is unlikely to be any final legislation before August. 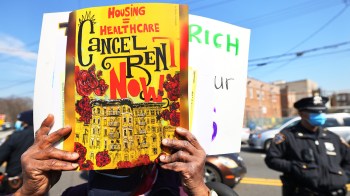 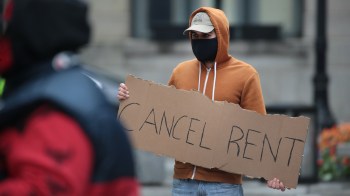