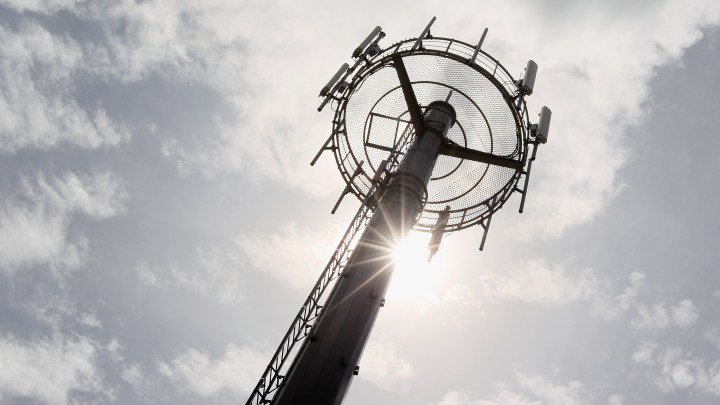 COPY
The digital divide is more obvious than ever, as tens of millions of Americans still don't have access to reliable high-speed internet. Sandra Mu/Getty Images

The digital divide is more obvious than ever, as tens of millions of Americans still don't have access to reliable high-speed internet. Sandra Mu/Getty Images
Listen Now

The pandemic has brought into relief long-standing economic inequality in the U.S., inequality that’s been growing over the past four decades.

One example is the digital divide.

Marketplace senior economics contributor Chris Farrell is asking the question: Should the internet be treated like a utility in order to assure that more people have access? He discussed some potential answers with Marketplace’s Sabri Ben-Achour. The following is an edited transcript of their conversation.

Sabri Ben-Achour: Let’s talk about some examples of what unequal access means in practice. I mean, are we talking students who have to learn from home, need good internet access to do that?

Chris Farrell: Yes. And, the evidence is overwhelming. There’s been lots of stories about how online learning wasn’t realistic for far too many families. Let me give you another example: Internet access, critical for employment these days, and high tech gear has allowed older Americans who have been isolated in their homes or assisted living centers to stay in touch with their families and friends. And they can order, more safely, goods and services online, again, assuming that they can.

Ben-Achour: So the idea is that broadband is not a luxury. It’s fundamental to participating in our economy.

Farrell: Yes, and I think the right historic analogy is electricity. You know, before the Great Depression, many rural areas weren’t wired. They were too remote, too few people, it was too expensive, and doesn’t that sound familiar? Well, the New Deal brought electricity to rural areas for the first time. Turning digital access into utility, I think, is just a major step toward increasing the odds that those who’ve been hardest hit during these difficult times can participate in the economy as it gets better.

Ben-Achour: So, I mean, when something becomes a utility, like what does that do? What changes? How does that make it more accessible to people?

Farrell: It’s a recognition, one, that is a basic input into both domestic economic life, and utility as a service, it’s a physical network that everybody has access to. So, right now, there is competition among private sector companies to provide broadband. But if it’s too expensive to provide it in a particular community or particular neighborhood, a particular area, it doesn’t show up. When it becomes a utility, that is no longer acceptable.

Ben-Achour: Even if everyone did have good internet access, wouldn’t there still be a divide because you’d need good computers to use it?

Farrell: Yeah. And of course the broadband also has to be affordable. You have to have high-quality, reliable broadband to participate in this economy. Then there are also going to be subsidies in terms of computers, support training, no question about that. And, by the way, big service providers, they aren’t going to like this idea. But I still think that this is a critical step for an economy that, as we emerge from this pandemic recession, it shouldn’t be like the old one. It should be better.