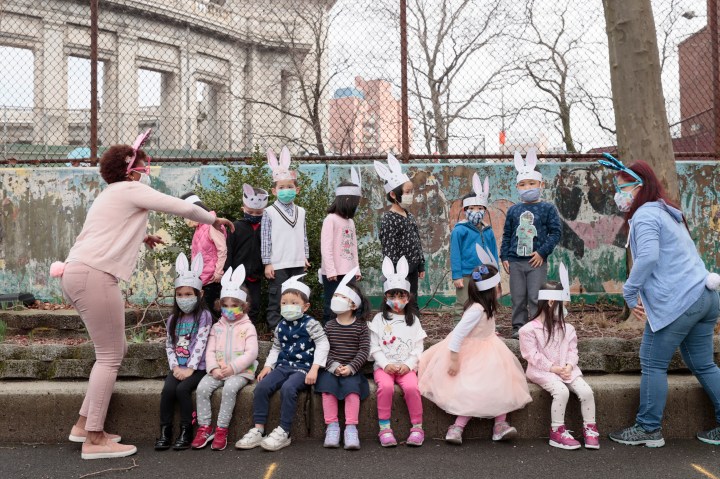 With the trauma from the pandemic and the social unrest following the murder of George Floyd, the need to create a more just and inclusive society has taken on added urgency.

Below is an edited transcript of Farrell’s conversation with “Marketplace Morning Report” host Sabri Ben-Achour about the case for more investment in early childhood education.

Sabri Ben-Achour: Why is early childhood education so critical?

Chris Farrell: OK. I think this is an incredibly important connection because we’re all trying to create a more equitable society these days. And one investment that really will help accomplish that goal is early childhood education. I mean, look, the scientific, economic research has converged around the insight that the biggest bang for the public investment buck comes from investing in early childhood development programs, especially if they’re targeted at young kids living on the nation’s lowest incomes. And, you know, what these investments do is they improve academic achievement, they boost social skills and, as people become adults, higher incomes and greater employment. And there’s a recent study by Nobel laureate James Heckman and three other economists, and they took this research one step further by examining the intergenerational and intragenerational impact from a famous, pioneering, high-quality early education program — the Perry Preschool Project.

Ben-Achour: The Perry Preschool Project, that is from the early 1960s, focused on a group of low-income African American children. Recap that for us.

Farrell: Right. So this was in Ypsilanti, Michigan, they were 3 or 4 years old and they received two years of preschool sessions during the weekdays starting at age 3, and they also received weekly teacher home visits during that period of time. And it was a high-quality program, so they had a curriculum that was designed to spur, you know, development of cognitive and noncognitive skills. Control group children could not get any of these investments, and there were no easy substitutes in the low-income area where they lived. And studies have found that the Perry Preschool children were far more successful on many measures, including improved earnings, than the control group. So the program influenced the creation of the federal Head Start program, and that’s that well-known program that does provide early childhood education for poor families.

Ben-Achour: So with that background, what’s important about this latest study by Heckman and his co-authors?

Farrell: So I think this is really an incredible study because what they did is they used newly collected data from the participants in late midlife, so age 54. But they also looked at their siblings as well as their children. And the long-term gains of the original participants, their siblings and their children are striking, especially when it comes to income gains. So if you take the intergenerational and intragenerational effects into account, they conservatively estimate — it’s a conservative estimation — the program generates $9 of benefits for every $1 that’s invested in it.

Ben-Achour: This idea is getting currency. The [Joe] Biden administration’s American Families Plan highlights early childhood education and wants to back that with billions of dollars. Is that going somewhere?

Farrell: Yes, and you also have a number of states like New Jersey and cities like Boston and Denver, you know, they’ve had good results from high-quality early childhood development programs. And Minnesota has its Parent Aware. These are scholarships that can be used in an accredited day care early learning center to help low-income children get ready for kindergarten. So look, here’s the thing, the message from real world experience and research is plain: If you want to build a more equitable society, then investing more, a lot more, into early childhood education targeted at vulnerable lower-income children is the way to go.