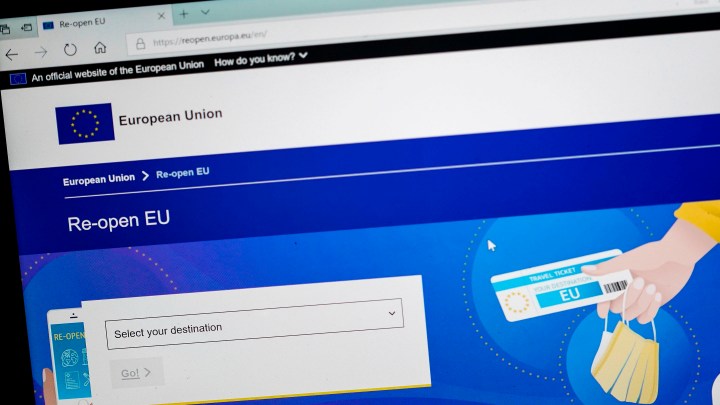 COPY
EU nations will not open their borders to U.S. travelers. What does that mean for the American travel industry? Kenzo Tribouillard/AFP via Getty Images
COVID-19

EU nations will not open their borders to U.S. travelers. What does that mean for the American travel industry? Kenzo Tribouillard/AFP via Getty Images
Listen Now

On Wednesday, after months of lockdown, European nations will start opening their borders to travelers, from a list of countries they judge to have COVID-19 under control.

So, what does that mean for the American travel industry?

Last year, in the month of June alone, the international trade administration says, more than 2 million Americans traveled to Europe.

This year the ban will be a huge economic blow to Europe, and to the U.S. travel industry.

“The transatlantic market is one of the most profitable for the airlines. The European and American airlines have all entered into joint venture agreements, where they share revenue,” said Scott Mayerowitz with the travel website The Points Guy.

And it’s not just airlines. Mayerowitz said travel agents, workers who clean airplanes, airport suitcase handlers and more will all be affected.

“So many will be jumping into their cars, and they’ll be driving somewhere,” Tarsh said.

The EU ban will be revised every two weeks. But COVID-19 cases in the U.S. are still on the rise.