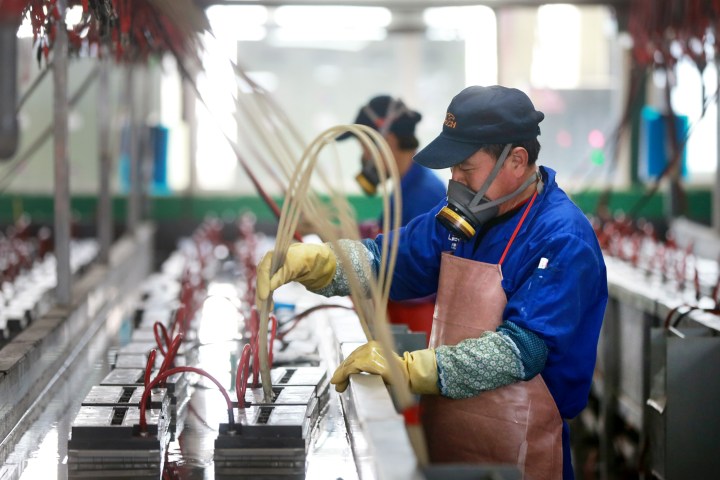 Eric Chen, an IT worker in central Hebei province, said he knew his employer was not doing well even before the pandemic hit China in January because there was a round of layoffs.

“I felt lucky then because I was not laid off,” Chen said.

But in mid-April, the 36-year-old was called into a meeting room.

His direct supervisor said, “I hope you can start looking for another job,” Chen said.

He said his supervisor told him to submit his resignation within two months and suggested Chen should not fight back.

“My boss said it in a nice way. He reminded me that I need a good reference from the company to get a new job,” Chen said.

China’s government has listed job security among the top six areas it needs to maintain stability. Premier Li Keqiang reiterated this at the recent annual meeting of the National People’s Congress, which is generally regarded as a rubber stamp for the Chinese Communist Party’s policies.

However, such policies may have unintended effects. Workers like Chen said it felt like he was being pushed out.

Farther south in Wuhan city, where the outbreak of the coronavirus started, factory worker Zhang Xianfeng had the same feeling.

He had quit his construction job just before the Lunar New Year in January in hopes of finding better-paying work after the holidays, a move that is quite common in China.

Then the pandemic hit, and since Hubei province was under lockdown longer than the rest of the country, he was only able to find work within the province.

In March, he got a job installing cameras in cellphones for Lenovo, a Chinese firm that purchased Motorola and IBM’s personal computer division.

Yet, once China’s economy was back online, the rest of the world started to shut down. Lenovo’s overseas clients canceled their orders. So Zhang didn’t get as much overtime.

“In a week I’d work a couple of days and then have two to three days off,” he said.

With fewer hours and no overtime pay, Zhang’s earnings dropped by more than half.

He resigned in late May, and, he said, dozens of others at the factory did the same.

“On the surface it looks like we’re resigning, but what the factory is doing is a mass layoff,” Zhang said.

Lenovo did not respond to a request for comment ahead of the publication of this article. The consumer electronics company posted a 64% drop in profits during its fiscal fourth quarter that ended in March.

In April, China’s surveyed unemployment rate was 6%. However, some analysts say this figure inadequately represents migrant workers in the cities, like Zhang, and therefore, the actual jobless rate could be a lot higher. The Economist Intelligence Unit estimates an extra 22 million people will be out of work this year, pushing the overall jobless rate in urban areas to 10%.

It is hard to gauge how many of those newly out of work were forced to resign. Advocacy group China Labour Bulletin has been hearing similar stories from textile-factory workers farther south in Guangdong province, a manufacturing hub.

“Following the more than 50% salary cut, many workers felt they had no option but to accept the ‘voluntary redundancy’ offered by the boss, even if that meant forgoing the compensation they were legally entitled to if they had been laid off,” CLB wrote in late May.

On the popular social media app WeChat, the phrase “forced to resign” was used thousands of times per day starting in April, when China’s economy opened up more, and peaked in mid-May at some 63,000 times.

If workers resign, then companies don’t have to pay compensation, although IT worker Chen senses there might be other reasons that he was forced to leave on his own accord.

“As long as a company doesn’t lay off workers during the pandemic, the government will give the firm preferential policies or subsidies such as tax rebates. That is why no company wants to be seen cutting jobs,” Chen said.

China’s Cabinet, the State Council, had announced it will waive or lower employers’ social security tax contributions to cushion the impact of the coronavirus.

In early May, 3.2 million companies had reportedly received nearly $6 billion in refunds of unemployment insurance premiums, according to the Chinese state-run news agency Xinhua.

“Such a policy aims to stabilize employment and minimize layoffs in the world’s second-largest economy as the country strives to blunt the impact of the novel coronavirus epidemic on the economy and social life,” Xinhua reported.

Chen said his employer did give him some compensation, but not the amount he is entitled to under China’s labor law. By resigning, he is also not entitled to collect unemployment insurance.

He could take his case to the labor bureau. Chen said he won’t because he lives in Baoding city, which has a population bigger than Greater Los Angeles at 11 million but is small by China’s standards.

“In a small city, going through the labor bureau could hurt my reputation in the job market,” he said.

Plus, fighting for his rights would take time.

“For me, the best choice is to find a new job as soon as possible,” Chen said.