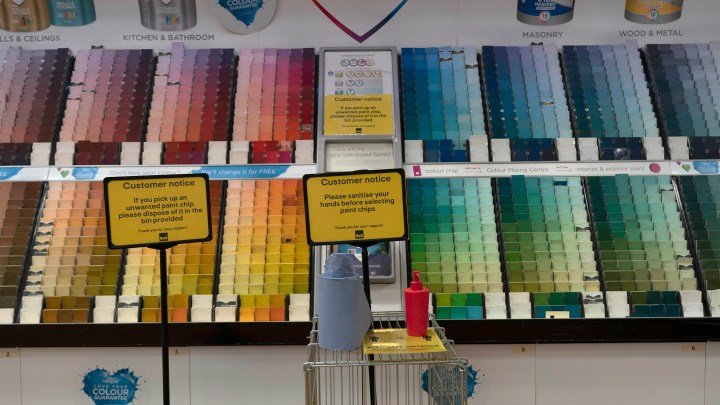 Bryn Behrenshausen has been using his time during North Carolina’s stay-at-home order, and his government stimulus money, to upgrade his home.

He’s also replacing all the carpet on the second story with vinyl flooring. At home it’s just him, his wife and “believe it or not, five cats. They’re the impetus for the carpet removal,” he said.

Retail sales took a stunning blow in April. Clothing sales, for instance, were down almost 80%. But one category that’s holding fairly steady is home improvement, which saw only a small dip in sales, down 3.5%. A report from Gravy Analytics, which tracks location data, shows foot traffic at those stores is steady.

“A lot of it is people itching to get out, people having time, people looking for something to do and remain focused,” said Rod Sides, who is a vice chairman at Deloitte and leads its U.S. retail and distribution practice. Being classified as essential retail helped the industry, he added.

People are spending most of their time at home, and that’s naturally made them think about how they can improve their spaces.

“Your backyard has become your vacation spot,” said Scott Hazelton at IHS Markit.

Paint and plants are big sellers right now because they’re cosmetic and don’t demand a lot of skill. And more people are tackling necessities, like a leaky faucet, on their own.

“Do you really want to have people in your house that you might not know that well given the fear of contagion?” Hazelton said.

Plus, in an economic downturn, people tend to tackle bigger home projects themselves instead of hiring pricey contractors.

That includes Behrenshausen in North Carolina. He’s already got his eyes on his next project: a new backsplash for the kitchen.

People are adjusting to working from home for the long haul