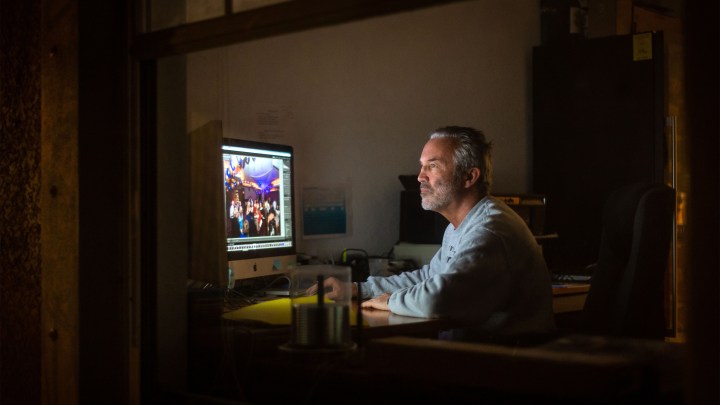 COPY
How do you manage a team remotely? Zak Bennett/AFP via Getty Images
COVID-19

How do you manage a team remotely? Zak Bennett/AFP via Getty Images
Listen Now

Many businesses across the country have now been operating remotely for a month or more — long enough for the novelty to wear off, to settle into some new rhythms and for the inevitable problems to become very clear.

In San Francisco, Matthew Grimm leads a team of audio engineers at Activision, which makes the video games Call of Duty and Crash Bandicoot. They’re going through something like the Seven Stages of Grief, except for remote work. First there was shock.

“We’re not used to working remotely,” Grimm said. “We literally had to evacuate our building because somebody had COVID-19, and so one day they just called us and said, ‘Don’t come in.’ “

Then came doubt about whether he could manage a suddenly remote team.

Then came anger, which flared at a recent project meeting where people were interrupting each other and the tone got a little nasty.

“There was a lot of confusion and miscommunication,” Grimm said. “People took that very personally, where talking face-to-face that never would have happened.”

How should companies guide workers through the pain to feel OK about working from home? Sam Bacharach, a professor of labor management at Cornell University, said the crisis demands emotional intelligence.

“How do you listen constructively? How do you instill trust? How do you begin that deeper dialogue that actually makes someone want to deliver for you because you’re in their corner?” he asked.

Managing remotely, especially right now, he said, is weirdly more intimate. You’re seeing people in their living rooms, their personal lives laid bare, no hiding behind business suits or cubicle walls. Managers can’t physically watch over where, when and how work gets done. Instead, it’s all about results.

“For the last number of years, we’ve been talking about changing the supervision style, and this is moving the clock ahead,” Bacharach said.

Eric Reddy, who leads a young sales team at Reward Gateway, a human resources software company in Boston, is finding that some work is just harder to do at home.

“There’s not a ton of introverted salespeople out there,” he said. “This is a very unique setting for people who are traditionally extroverted, love to jump on the phones, love to talk to people.”

Typically, Reddy sits with his team in an open office, overhearing their sales calls and giving rolling, informal feedback all day, but that’s hard to replicate at home.

“I’m just noticing a challenge to keep people as motivated and energized as they might have been when they were looking at you in the eye every single day,” he said.

To compensate, Reddy has been holding more one-on-one and team meetings, but on video that can get awkward. He worries it could feel overbearing or confrontational in a way in-person communication doesn’t.

And even teams that are used to remote communication are struggling.

“Being remote in a pandemic is not the same as being remote before the pandemic,” said Carolyn Kopprasch, chief of special projects at the social media application Buffer, which has been totally remote for the last 10 years.

She said right now, the most important skill a remote manager can have is the ability to go with the flow.

“We’ve just had to sort of change our expectations of what a normal productive day looks like for the average teammate,” she said. “Because it’s just not a normal time.”

I think they call that the acceptance stage.