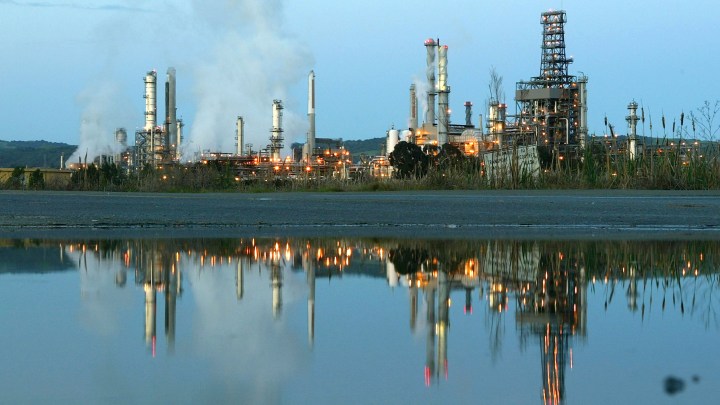 The oil producer’s cartel OPEC and OPEC-adjacent Russia have reached a deal to cut oil production by 10 million barrels a day amid this historic slide in energy prices. Because of the Good Friday market and religious holiday, this news won’t officially percolate into prices for a few days.

But in the face of the massive drop-off in demand for fossil because of the pandemic, there’s a view that this production cut can’t fundamentally alter the downward trend.

Charlotte Howard, The Economist’s energy and commodities editor and New York bureau chief, told “Marketplace Morning Report” host David Brancaccio “not only are you in a situation where the supply of oil is exceeding demand for it now, but the supply of oil is looking like it could exceed the capacity to store it for later.”

David Brancaccio: You think that the problem of the falling demand is so significant that there’s not much human beings can do about it?

Charlotte Howard: Well, I think that there will be some bump in prices. But the truth of the matter is that demand is falling so quickly, any production agreement would take some time to be felt in terms of the number of barrels that are out there in the world. And so the reason why oil traders have been freaking out, frankly, is because not only are you in a situation where the supply of oil is exceeding demand for it now, but the supply of oil is looking like it could exceed the capacity to store it for later. That is, storage tanks are nearing capacity. And then you get in a situation where people all of a sudden have to dramatically shut in production in a way that damages reservoirs and they may not come back.

Brancaccio: You’ve spent a lot of time in U.S. shale territory. These are the frackers. They’re in trouble. I mean, their way of getting fossil fuels is expensive, and they’re already quite in debt.

Howard: What happens with shale companies will be really interesting to see. In 2018, America became the biggest crude producer in the world, which was facilitated by Saudi Arabia and Russia cutting their own production to keep the price of oil high. And so now that that production deal has fallen apart, and you see this big drop in the price of oil, it’s exposing that many shale companies actually can’t operate profitably at such low prices.

Brancaccio: A bit over a week ago, the president of the United States was tweeting that he was getting some agreement to cut production among some of the foreign producers. What about the U.S.? I mean, we were the biggest producer there for a stretch. Are we a global energy superpower?

Howard: The U.S. is an energy superpower in some ways. But the funny thing is, is that America is not actually a “petrostate” in the way that Saudi Arabia might be. America doesn’t have one huge state controlled oil company, it has many thousands of different oil producers. It’s a much harder industry for Donald Trump to wrap his arms around, and he can’t really boss them around in the way that a state-controlled company can. But what the president can do and what Congress can do is lean on Saudi Arabia. A group of senators sent a letter basically saying, “If you don’t end this price war, we’re going to think really seriously about whether we’re going to give you military aid.” And that’s something that Saudi Arabia can pay attention to.