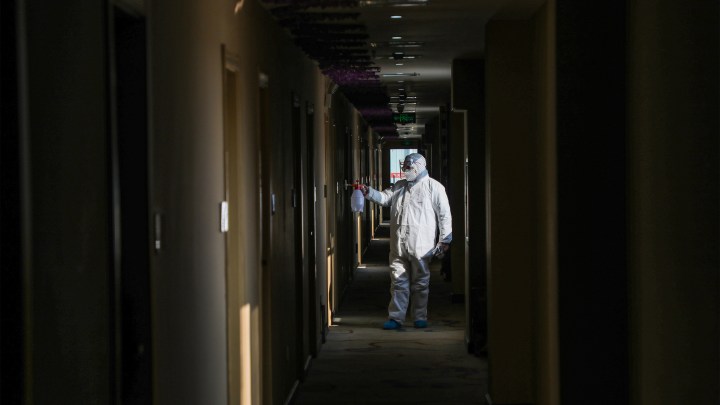 Marriott International will announce quarterly earnings after U.S. markets close Wednesday. Analysts will be watching for signs of how this and other companies in the travel business are managing the fallout from COVID-19.

Hilton has closed at least 150 hotels in China. Intercontinental Hotels Group reported similar numbers. And Marriott — with its more than 400 hotels there — is vulnerable too, according to Jan Freitag, senior vice president of lodging insights at STR.

“For the publicly traded companies who have exposure in China, obviously they are going to get probably pretty bad news going forward just because hotels are likely going to be closed,” Freitag said.

It’s not just companies in China feeling the strain. Adam Sacks, president of Tourism Economics, said that in the 2003 SARS outbreak, travel from China to the U.S. fell by 30% and took years to recover.

A similar decline now could reduce spending here by $10 billion in flights, lodging, retail and entertainment.

“The main difference is that China is such a bigger market now,” Sacks said. “In 2003, there were only about 200,000 visitors from China to the U.S. Last year, there were nearly 3 million — so the stakes are much, much higher.”

With COVID-19, hotels have to rethink safety for when guests return