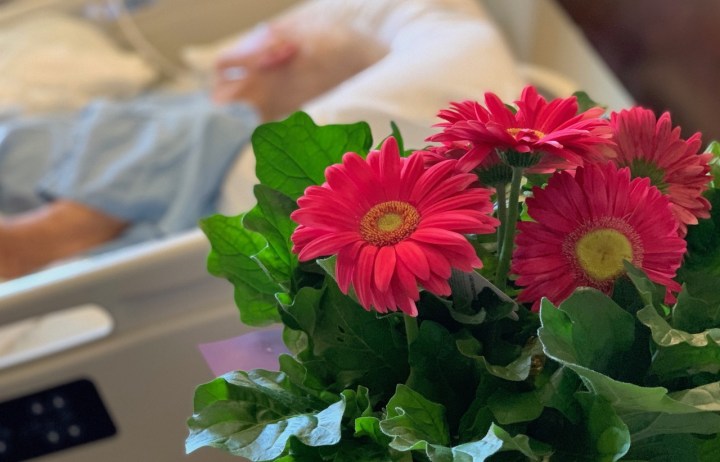 COPY
More Medicare patients now die in hospice than not, fueling the growth of an industry now worth $19 billion. Blake Farmer

More Medicare patients now die in hospice than not, fueling the growth of an industry now worth $19 billion. Blake Farmer
Listen Now

In recent years, hospice care has grown into a $19 billion industry — the most profitable health care service line funded by Medicare.

Hospice agencies set patients up, often at home, with a hospital bed, pain medication and equipment. They send out nurses, health aids and social workers who support family caregivers.

But as people increasingly die at home rather than the hospital, some palliative care advocates are now having second thoughts on its popularity, which has been led mostly by for-profit agencies and can put strain on families.

Dr. Jessica Zitter, an intensive care physician in Oakland, California and an evangelist for palliative care at the end of life, began to revise her position on hospice care while working on a documentary about a husband who took his wife, who had cancer, home to die. It didn’t go as planned.

From managing his wife’s morphine doses to getting her to the toilet every few hours, the husband, Rick Tash, became overwhelmed. When Zitter encouraged him to call in reinforcements, Tash explained that the only support offered by hospice was a volunteer for two hours, one day a week.

Medicare requires agencies to provide aids to help with a few baths and nurses for check-ins. That leaves everyday care and many tasks that would otherwise be handled by professionals to the family.

If hospice lasts a week or two, that can work. But according to Medicare data, the average duration is now two and a half months.

“The good death isn’t as easy as you might think,” Zitter said.

Medicare pays agencies nearly $200 a day. And investors have found it a good business to be in.

Thanks to a push by the industry, the average amount of time patients spend in hospice has been creeping up steadily. The Affordable Care Act gave hospitals new incentives to reduce the number of deaths that occur in the hospital or shortly after a patient’s stay. More patients are also eligible.

Many doctors have been sold on the idea of prioritizing quality of life in the final days. And families like the Fortners of Murfreesboro, Tennessee, are beginning to fully embrace the concept.

Their experience with the nonprofit hospice agency exceeded Elicia Fortner’s expectations. Fortner just wishes they had moved sooner from trying to treat her late husband’s cancer to keeping him as comfortable as possible at the end.

“I didn’t know I had a choice,” she said. “I didn’t realize hospice could be a longer-term thing.”

This choice, which more and more people are becoming aware they have, has led to rapid growth in hospice care. Medicare pays agencies nearly $200 a day. And investors have found it a good business to be in.

“We’ve actually done a pretty good job as a society and as a community of getting it to be that over half of people die on hospice,” said Edo Banach, CEO of the National Hospice and Palliative Care Organization.

“I want to make sure people are getting the best care possible,” he said. “And whether the money that’s left over goes to shareholders or goes to a community foundation is secondary, quite honestly.”

And yet even when hospice agencies are doing all that’s required by Medicare, it often leaves a lot of the work to families. According to government data, in-person help from agencies amounts to just a few hours a week, on average.

But in-person help is the most expensive thing hospice covers. Agencies say they can only do so much with $200 a day.