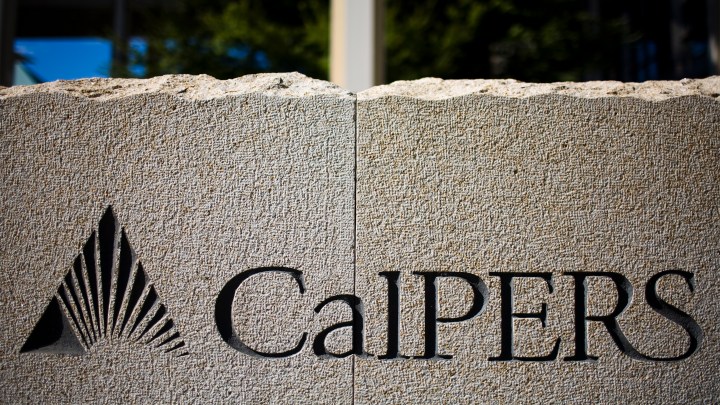 We’re heading into budget-making time for state and local governments across the country, and one big challenge elected officials continue to face is rising pension costs for public employees and retirees.

In California — which has the biggest public pension system in the country, serving more than 25,000 agencies — the contributions governments will have to make to fund the system are expected to climb steeply in coming years. That’s money that comes mostly from taxpayers.

For every dollar California public agencies pay in wages this year, those employers will have to fork over another 25 cents on average to CalPERS —the state pension fund — to cover benefits for retirees.

For public safety workers like police and firefighters, the contribution is nearly 50 cents on the dollar, said CalPERS CEO Marcie Frost.

“Over the next few years for our public employers, the rates will increase,” Frost said. “And then they will begin to flatten out.”

CalPERS is still trying to make up for market losses during the Great Recession and expects lower returns from its investments in the future.

“In America, generally we’re graying, and we have more retirees,” Aubry said. “We’re at a point right now where there’s lots of cash-flow pressure because lots of benefits are being paid out.”

The forecast improves over the next decade as baby boomers age and less generous pension plans for younger workers kick in.