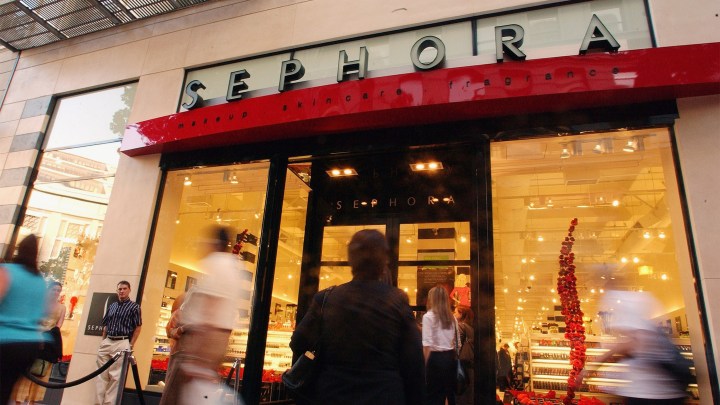 Sephora, the beauty chain that brought luxury makeup out from behind the department store counter and into the mall, announced today that it’s shifting its focus away from the mall.

The retailer plans to open 100 stores in standalone buildings and strip malls, many of them in smaller cities like Charlotte, Nashville and San Jose.

Malls are dying because they can be a hassle. Online shopping has made consumers dread traffic, parking and figuring out where the Sephora inside the mall even is.

“There’s a move away from malls, but that doesn’t mean the in-store experience is deteriorating. I think it’s just evolving,” said Alexis DeSalva, senior research analyst at Mintel.

The new Sephora stores will focus on products people need regularly, like hair and skincare. DeSalva said the standalone stores will be easier to pop into and easier to navigate, at about 1,500 square feet smaller than their mall predecessors.

We are seeing that in retail overall, a tighter assortment that’s geared toward the essentials,” DeSalva said.

This model has worked before. Beauty chain Ulta has lots of stores in strip malls. But strip mall shoppers are different, and Sephora will need a new strategy to get them in the door, according to Jennie Vry Liu, co-director of the Yale Center for Customer Insights.

“If I was just in the store a month ago, I don’t want it to look the same. I want to come in and be delighted with the latest,” said Liu, who previously worked for Clinique.

“Having to allow for delivery from a local store could be a direction they could take it,” Liu said, adding that an increasing number of brands are using regional stores to compete with same-day shipping. These days, Sephora isn’t just worried about Ulta, but about Amazon, too.