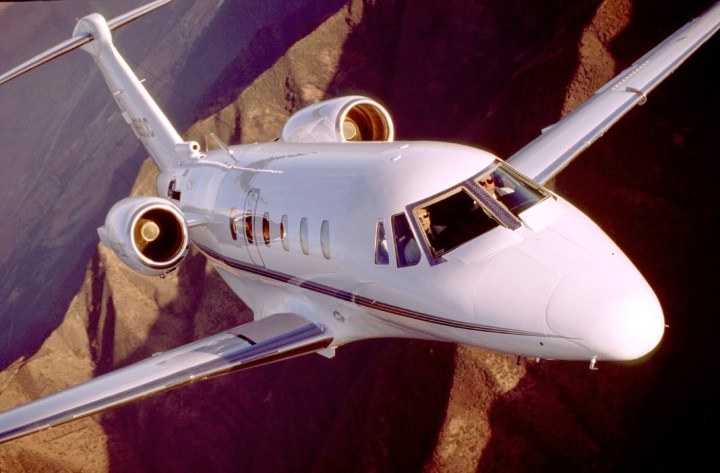 Imagine you’re a high-powered CEO and you don’t want the press to know — yet — that you’re on a plane to the Midwest to discuss a big, sensitive merger. What if a competitor or analyst could find that information on a third-party flight tracking site or app and put two and two together?

As of Jan. 1, the Federal Aviation Administration requires aircraft in almost all of U.S. airspace to use Automatic Dependent Surveillance-Broadcast (ADS-B), a surveillance technology that publicly broadcasts a plane’s positioning in real-time. And that’s prompting businesses concerned about the confidentiality of deals and the security of executives to push for greater privacy.

ADS-B is a more advanced and detailed system than radar for managing air traffic control, designed to make flying safer and more efficient. Dan Hubbard, senior vice president of communications with the National Business Aviation Association, said that while ADS-B is a big technological advancement, there needs to be more ways to secure information on companies and their executives’ movements.

“Some people doing the tracking might be doing so for nefarious reasons that could jeopardize your safety, your security, the competitiveness of your company,” Hubbard said.

There are some FAA-approved privacy options, like a Privacy ICAO Address (PIA), a temporary, alternate aircraft address that’s not assigned to the plane’s owner in the Civil Aviation Registry. This comes with certain eligibility requirements (and the aircraft’s owner would ultimately have to be disclosed to the FAA).

Whether an owner takes out a PIA or not, a plane’s exact position in the sky is tracked and recorded by the FAA. And while all aircraft have to comply in some form with ADS-B, some private jet companies are taking their own steps to protect ownership information.

ADS-B tracks planes with their official tail number, which is registered to its owner. Some private jet companies, like Ohio-based NetJets, offer a shared, fractional ownership model that makes it harder for third parties to link a plane to an owner. In a recent Wall Street Journal advertisement, NetJets outlined how its fractional ownership model can protect business privacy in the age of federally mandated ADS-B. “In this environment, where any plane can have its tail number identified in an instant,” reads the ad copy, “it’s not enough to simply fly private.”

According to Hubbard, fractional ownership works like a beach house timeshare.

In the meantime, some experts say that even though ADS-B will make more detailed flight information available to the public, getting to that information in the first place is hard.

“It’s not as simple as going to a website or something like that,” said Bill Cranor, a consultant with the aviation intelligence company Passur Aerospace. “There’s some fairly technical things that have to be accomplished, for data security reasons, to be able to get into the systems.”

Keeping business decisions under wraps may now have to be carried out in more creative ways. And according to analysis of flights to vacation homes in resort locations over the years by the Financial Times, the Wall Street Journal and others, that’s not the only category of corporate jet travel that companies might prefer to keep secret.