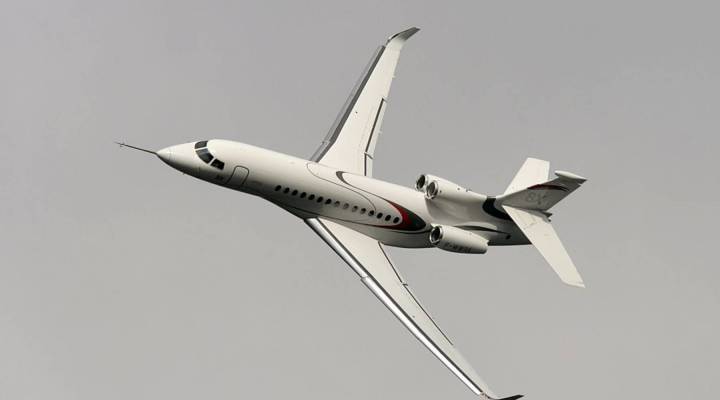 President Trump has expensive taste and a penchant for spending. He’s golfed 61 times since Inauguration and it’s been reported that his weekend trips to Mar-A-Lago can run up to $3 million. Taste aside, traveling while president of the United States isn’t cheap; operating Air Force One costs $206,000 per hour.

But news that Trump’s Health and Human Services Secretary Tom Price took five trips by private jet last week in just three days has some wondering how far down the chain Trump’s exorbitant spending habits extend — and how much these chartered flights ultimately cost taxpayers.

So we did the numbers on private jets.

How much more do private jets cost than commercial air travel? Politico reported that one of Price’s five corporate jet trips that occurred between Sept. 13 and 15 cost roughly $25,000, according to the company that owns the jet that took Price and 10 others from Dulles International Airport to Philadelphia International Airport. That’s only a 135 mile distance, and similar round trip flights on, say, United, ranged from $447 to $725 (but would likely be cheaper if purchased in advance.) So if we estimate that it would have cost $500 per person to fly commercially, that would have cost around 20 percent of what it did charter a plane. Price’s five flights in total are estimated to have cost at least $60,000. Price’s predecessors under Obama typically took commercial flights domestically.

What is the minimum cost of chartering a flight anywhere? Kevin O’Leary, who is the CEO of private aviation consulting company Jet Advisors, told USA Today that the typical charter costs for a light jet (which generally seats up to eight people) are $3,000 per hour with a two hour per day minimum. This means you could theoretically squeeze in a flight from D.C. to Philadelphia and back in a day for $6,000. However, Price took that trip in an Embraer ERJ145 jet, which seats up to 50 and costs an average of $7,000 per hour, according to Paramount Business Jets.

Can’t you fly to a lot more destinations on a private jet? You can reach about ten times more airports domestically on private chartered flights than you can on major commercial airlines. There are more than 4,000 potential airports reachable by private jet in the U.S.

Are you more likely to make it safely to your destination in a private jet than a commercial airplane? The numbers say no. In 2012, commercial airlines had just 1.5 accidents per 1 million hours of flight and no fatalities versus 4.7 accidents and 0.8 fatal accidents for corporate jets. In 2014, the most recent year for which National Transportation Safety Board data is publicly available, there were 29 accidents (none fatal) on regional and major airlines and 43 on corporate jets and helicopters, eight of which were fatal.