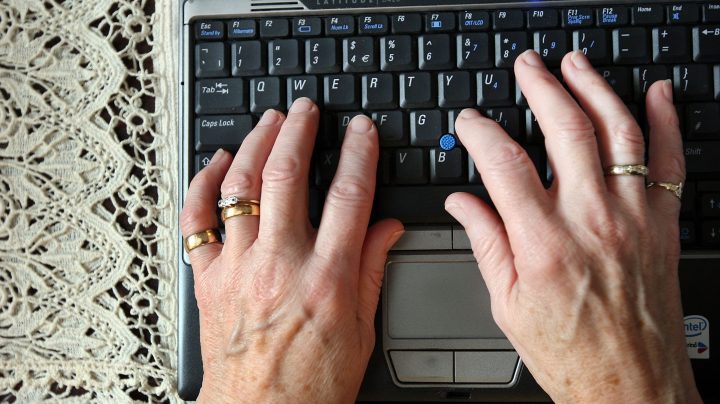 Maybe you spent your holiday break on a social media detox or cleaning out your email inbox for the new year. Now that you’re back, you might want to brush up on your online etiquette. That’s the hope of Victoria Turk, a technology writer for Wired UK and an Emily Post, of sorts, for the digital age. Turk joined “Marketplace” host Kai Ryssdal to discuss her new book, “Kill Reply All: A Modern Guide to Online Etiquette.” The following are some of her tips when it comes to workplace communication and correspondence.

On the best email sign-off:

“My rule of thumb is to just go with ‘best wishes,’” Turk told Ryssdal. “I know, some people think that’s boring, they think it doesn’t really convey their personality, [but] I think if you’re relying on your email sign-off to convey your personality, maybe you need to get a hobby.”

According to Turk, one of the worst ways to sign off an email is “Thanks,” which she said can come off as passive-aggressive. “I think the problem with ‘Thanks,’ in particular, — or even worse, ‘Thanks in advance” — is it’s just so presumptuous,” said Turk. “You’re thanking someone for something they haven’t actually done yet.”

Turk told Ryssdal that there’s a critical etiquette distinction between scheduled phone calls and unscheduled phone calls. “I think there’s a lot of advantages to speaking to someone on the phone but the problem is when you just call out of the blue and the other person isn’t expecting it,” she said. Turk recommends scheduling calls in advance or sending a text, at least, to ask if it’s a good time.

On emoji in the workplace:

When it comes to emoji in the workplace, Turk said it depends on both your workplace, and the context. “If you’re a lawyer, you’re probably not going to be putting emoji in an email to a client, but if you run a nightclub, that might be, you know, quite standard,” she said. “Generally speaking, I am pro-emoji because I think when you’re communicating just through text, it’s very difficult to get your tone across, which is one of the real dilemmas when it comes to digital communication.”

On why a shorter email might be a better email:

“I think, especially when it comes to email, I would say the best etiquette is respecting other people’s time,” said Turk.

“In the past you might have thought of etiquette as you know, writing kind of quite florid sentences and ‘Oh, how are you?’ and ‘Thanks for your last letter’ and all that kind of extra stuff, but I don’t think you actually need fancy flourishes to exhibit good etiquette,” she said. “I am very pro a sort of pragmatic style of etiquette which recognizes the modern condition.”

Turk does caution, however, against cutting all pleasantries from email communication. “You still have to say “Please” and “Thank you,” you still have to be kind, but you can do that whilst also getting to the point,” she said.

How to survive (even thrive) at the company holiday party

Shelf LifeWorkplace Culture
Tags in this Story
Share this Story