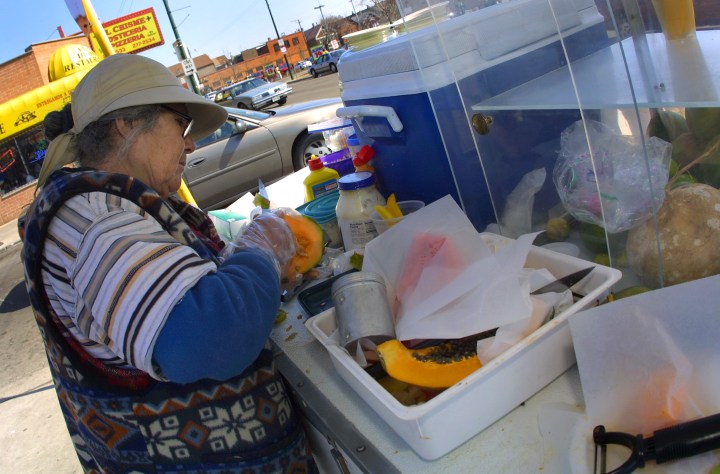 The urban crisis was a very real set of problems that afflicted the nation’s cities for decades. It involved a complex constellation of pathologies but is most easily understood as having five main elements: population loss, economic decline, fiscal crisis, rising crime and the racialization of all the above.

The clearest measure of the urban crisis took the form of tens of millions of people leaving their homes in cities and moving to the suburbs. As the eminent urban historian Kenneth T. Jackson observed in 1985, of the twenty-five biggest cities in 1950, eighteen had lost population by 1980. Nationally, the proportion of Americans living in cities was falling. This represented an astounding turnabout. The United States had been urbanizing continually since its founding, and over the course of nearly two centuries of census-taking, there had not been any ten-year period with a smaller percentage of city-dwellers at the end than at the beginning, let alone three decades in a row.

Jobs left the city along with people as factories, shops, and offices headed for suburbia and beyond. Manufacturers gradually relocated their production plants away from cities as they searched for low wage, nonunion labor, tax breaks and cheap land. Downtown retailers, from flagship department stores to car dealerships to grocers, lost business to the outlying shopping centers and malls that sprang up to cater to the fast-growing suburban populace. White-collar work also moved outward as numerous company headquarters left central business districts behind in favor of office parks and leafy corporate campuses. These changes drew pedestrians away from downtown sidewalks, sapping customers from restaurants, bars, barbershops, and other service establishments, thousands of which had to close their doors.

As people and businesses departed, municipal budgets were driven deep into the red. Cities depended upon various kinds of revenue to support basic services. But families who moved away paid their taxes to towns in the suburbs, and when urban property values went down, so did assessments. Meanwhile, the loss of urban manufacturing and retailing dealt a double blow by draining a key source of business taxes and fees. City governments were left with little choice but to raise tax rates in order to maintain essential services like schools, sanitation, firefighting, and police departments. This in turn drove even more residents and employers toward outlying towns with lower taxes, further depleting city treasuries.

Crime, the fourth major aspect of the urban crisis, was its most high-profile symptom. As much as depopulation, joblessness, and insolvency all quantified the misery of the cities, at the level of individual experience the fear of being the victim of a beating or killing was the most terrifying of all urban ills. In the twenty years after 1960, the homicide rate doubled and stayed stubbornly high through the beginning of the 1990s. In those same years, the reported level of property crime tripled, sexual assault more than quadrupled, and aggravated assault soared to more than five times its 1960 rate. As a matter of statistics, these figures were appalling even before we imagine the shock and horror of all those unsuspecting and unprepared families opening their doors to somber police officers or ashen-faced clergymen.

All of these difficulties were interpreted through a racial lens, first and foremost by white people. They devised a racial narrative of neighborhood decline, portraying “white flight” as a reasonable response to the prospect of having black neighbors. They repeated the old racial myth that black people were just “lazy” or “shiftless,” while ignoring virtually universal job discrimination and the ongoing departure of employment opportunities from cities. They fixated on black-on-white crime — even though the huge majority of victims were set upon by people of the same racial background and African Americans were almost 30% more likely to be the targets of violent crime than whites — while ignoring endemic police violence against communities of color. And they crafted a political mythology that portrayed government assistance to the poor as wasteful spending on undeserving black people, even though whites were by far the most numerous beneficiaries of the welfare programs that were targeted for repeated cuts. In this way, prejudice compounded economic hardship, adding the dead weight of racism to a growing burden of poverty, neglect, and violence in urban communities.

Considering the severity of the urban crisis, it is hardly surprising that few people expected the recovery that was already taking hold by the mid-1990s — but interestingly, everyone seemed to agree that cities had been saved by people with lots of money. Leading research in critical sociology dwelled on the reallocation of international capital flows and the role of professionals and related workers in coordinating those flows. The most influential urban studies approach concentrated its attention on the return of the “creative class,” a broad category of white-collar, intellectual, and artistic workers who were presented as the leaders of the urban renaissance. And the economics literature homed in on the lifestyle preferences of high-earning professionals, who had once formed local elites in smaller communities but increasingly clustered in the biggest cities. These explanations were certainly true in the sense that they accounted for the gradual relocation to cities of large numbers of people and vast sums of money.

But they overlooked the indispensable role played by Latina and Latino migrants and immigrants, who had started to repopulate and revive declining neighborhoods at least two decades before the “back to-the-city” movement became a significant trend among prosperous and mostly white Anglo professionals. Hispanic newcomers to U.S. cities were more numerous than the returning yuppies who got so much attention in popular accounts of comeback cities.

Over the course of half a century, Latino migrants and immigrants revitalized the cities of the United States, saving scores of neighborhoods from abandonment and replenishing the population in many places that would otherwise have continued to empty out. Their earnings and expenditures served as a form of large-scale urban reinvestment. As workers, they powered metropolitan economies by performing essential labor at countless offices, construction sites, restaurants, day cares, farms, hotels, and homes, while also allowing thousands of manufacturing firms to keep production in the United States rather than moving jobs overseas. As tenants and homeowners, they made distressed residential real estate viable again by renting, maintaining, and renovating countless houses and apartment buildings. As entrepreneurs and customers, they opened local businesses and served as a clientele for revived inner-city commerce, bringing activity and energy back to once-hushed streets and sidewalks. In fiscal terms, their economic activity produced a rebound in sales tax receipts, property tax revenues, and utility payments, adding billions of dollars to once-strapped city budgets, allowing municipalities to pay teachers, maintenance workers, firefighters, and police officers — though the proceeds of these greater revenues were not necessarily spent in the neighborhoods that these newcomers had done so much to improve. Immigrants also helped reverse the crime wave of the 1970s and 1980s and make cities safer than at any time since the 1950s. In sum, they helped remedy a profound national crisis that most observers thought was hopeless.