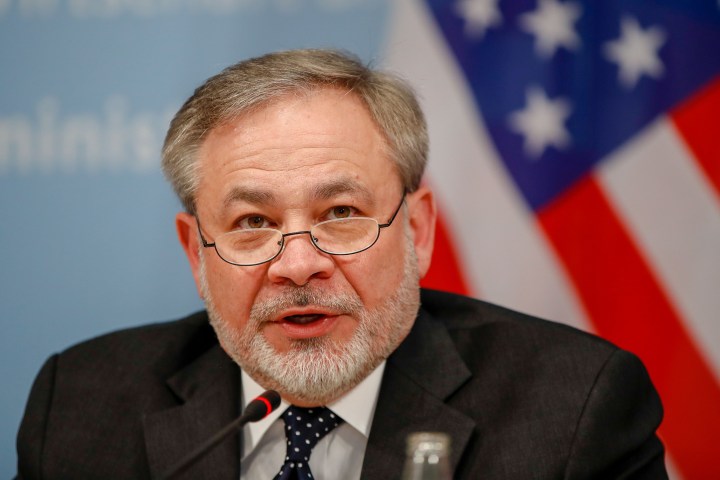 COPY
U.S. Deputy Energy Secretary Dan Brouillette speaks during a press conference with the German Economy Minister on February 12, 2019 at the Economy Ministry in Berlin. Odd Andersen/AFP via Getty Images

Dan Brouillette is scheduled to be sworn in as energy secretary on Wednesday, taking over for Rick Perry who stepped down earlier this month. The changing of the guard is unlikely to change much at the department, as Brouillette is expected to maintain Perry’s policies of energy “diversity” from a variety of sources, including fossil fuels, which Brouillette said at his confirmation “means energy security.” Brouillette also has said that he is looking into different ways to utilize coal, a priority for President Donald Trump.

“It’s very, very important that we continue to produce energy from all sources that we have,” he told senators, who voted to confirm him 70-15. As Perry’s top deputy, Brouillette ran day-to-day operations at the energy department and oversaw the continued boom in the fracking of oil and gas. In September, the U.S. became a net energy exporter for the first time in seven decades.