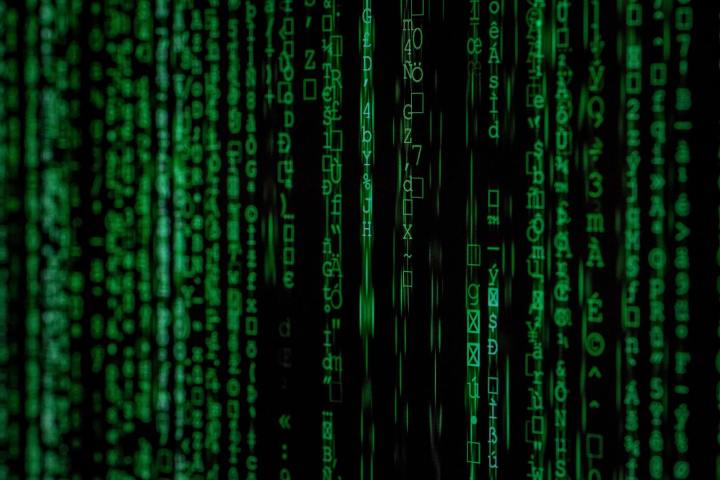 The latest wave of tech-based financial startups have a new angle on the banking sector: They’ll assume that everyone is out of money, then try to monetize their broke-ness.

So-called neobanks, or challenger banks, have been all the rage in Europe and Australia for the last few years. Now they’re starting to get attention here in the U.S., with names like Chime, Varo, SoFi, Current, GoBank and even — heaven help us — booyah!. Yes, the exclamation point is part of the name. Like Yahoo!. Cutting edge, I know.

These neobanks have been trying to make money in the usual ways: By taking a cut of credit or debit card transactions, collecting interest on consumer deposits, and making loans. The usual banking stuff.

Their come-on is that they’re super-convenient, all-digital, mobile alternatives to the big banks. Better yet, they’re focused on their customers’ “financial health,” as one neobank CEO told me, and easing the “pain” that people feel around their money.

What makes that pain go away? At Chime and Varo, you can get what sounds a little like a neo-payday-loan — your paycheck cashed, up to two days before your actual payday. Checking accounts at these startups are often free; and the companies will let you go $50 or $100 into the red before they start charging any overdraft fees. Some have automated savings accounts that invisibly funnel a few dollars from your paycheck into savings.

These neobanks aren’t necessarily even banks at all; some are apps that facilitate transactions, which are then carried out by partners that are banks. Others have applied for bank charters while touting their homegrown technology stacks and hyper-personalized product offerings (based, of course, on your personal data.) But all of them say, explicitly or by intimation, that they’re mission-driven. Their mission is the hot mess that is your finances.

The hot mess is very real. Seventy-eight percent of Americans live paycheck to paycheck. Student loan obligations in this country total $1.5 trillion, and researchers believe they’re cutting into Millennials’ ability to buy homes, have kids, and save for retirement. More than 40% of households have some credit card debt: the average liability is over $5,000; and the poorer you are, the more you’re likely to have.

So what better fix than to slap a slick veneer of tech over basic banking services, push the Ouruborous paycheck cycle up by a couple of days, offer some basic budgeting tools, and call it a revolution in consumer banking?

Better banking isn’t a bad idea, nor is it a tough sell. There’s definitely an ambient frustration with the mega-banks that have destroyed the global economy, bilked consumers with fake accounts and hidden terms, propped themselves up on the comfortable elbow of your overdraft fees, routinely discriminated against people of color, and on and on and on. I mean, there really should be a mission to take customers away from these companies. At minimum, it’s smart to capitalize on all of this well-earned consumer rage.

Still, it’s deeply depressing to attend a large gathering of executives, founders, and industry veterans, as I did at October’s Money 20/20 conference, and hear the same, somber message repeated over and over again: The future of money will be predicated on the fact that the personal finances of the next generation are as fragile as a Faberge egg. This, according to attendees and speakers, is both a problem and an opportunity. No one bothered mentioning that the sick state of the nation’s finances isn’t technology’s problem to solve.

In fact, the idea that the solution to our financial woes can be found in a more convenient, higher-tech, friendlier-named digital bank feels a little like the last story we heard from the tech industry: that the very idea of work could be disrupted by a bunch of apps, too.

The same business logic — that you’re trapped in a sad, hellish existence dictated by mega-corporations, and tech can free you like Neo from the Matrix — underlies the entire gig economy. It’s the basis for another tech veneer, this one layered over people’s inability to find meaningful work for reasonable pay. Uber got into the financial services game recently, with Uber Money. The headline feature? Real-time earnings for drivers and delivery people, so they can collect immediately, instead of weekly.

In fact, we can use the evolution of the gig economy as a case study for how the latest wave of banking disruption might play out.

There was a lot that was appealing about the gig economy at first. Those Uber “side hustle” commercials were super cool back in 2016, when driving for Uber or Lyft or Postmates, or shopping for TaskRabbit, or letting out a room on Airbnb to cover your hiked-up rent, actually seemed like an opportunity rather than a necessity. Remember when this was about making “extra” money, instead of just barely enough?

It was only scale, and the hard realities of American economics, that made these things look a little less consumer-friendly a few years later. As Uber and Lyft grew, driver pay went down. Word got out that unicorn-like businesses could be built by replacing paid employees with a massive network of independent contractors. The model spread. Enter Lugg, Instacart, DoorDash, GrubHub, Prime Now, and Homejoy.

This phalanx of apps comprises an army of independent contractors who hope for enough tips to make their labor worthwhile. As their finances have cracked under the strain of small checks, no benefits, and a near-total lack of retirement savings, I guess it was only a matter of time before a fresh set of apps — the neobanks — were deployed amidst the chaos.

I’d like to think the mission-driven companies flooding into the U.S. market for financial services will be better for consumers. In the short term, that seems plausible. Cool features, fewer fees, and a helpful person on the phone or online chat could make us happy. Let’s not forget, many people really hate big banks and would rather take their business elsewhere.

But there are two problems with this potential disruption.

One, it might not end up being so consumer-friendly in the long run. Uber and Lyft ended up paying drivers less as their revenue pressure grew, and they’re raising prices for consumers. Many riders will tell you the quality of the driving, the cars, and the experience has declined over time, which is both inevitable with growth, and not surprising given the shrinking pay and incentives.

That same will almost certainly be the case with these neobanks. Banks won’t lie down and let the disruption happen — they’ll almost certainly buy some of these upstarts and re-absorb reluctant customers. Big tech incumbents are already horning in on the space. Apple’s (issue-laden) credit card, Amazon’s small business loans and unknown future ambitions, Google’s forthcoming consumer checking accounts, and Facebook’s payment wallets could all eat into the market for new companies.

Whether it’s due to competition from banks, each other, or bigger tech companies, neobank startups will inevitably go out of business, leaving consumers stranded. That’s pretty disruptive when you’re talking about your checking account. And at some point, the neobanks will have to make more money, which means their offerings will get less generous over time.

A second problem is more serious. Ultimately, no amount of friendly design, accessible features and overdraft protections will solve the underlying problems that made these services necessary in the first place. No neobank can erase the student loan debt or the 40-year stagnation in wages or the unexpected medical expenses or the crippling reality of America’s existential broke-ness. The neobanks have promised that they’ll ease your pain, but that’s just morphine for the real condition. When it comes to the actual sickness, you’re still on your own.