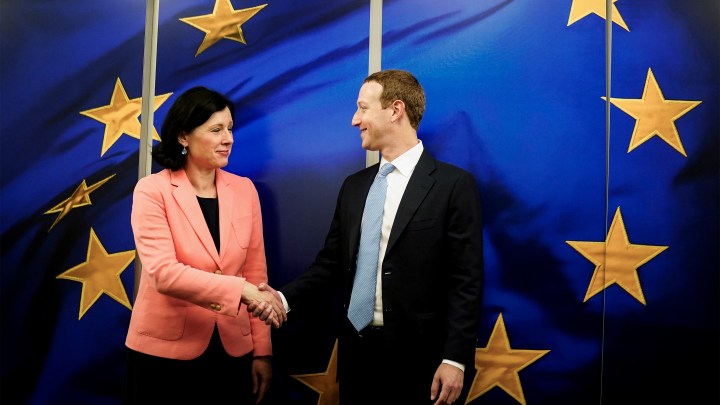 The European Union released proposed regulations on artificial intelligence Wednesday, rules covering technology like facial recognition and autonomous vehicles that would have big implications for U.S. tech giants like Facebook and Microsoft.

The EU wants to be sure that there’s human oversight of artificial intelligence, and that AI systems use high-quality data.

University of Arizona law professor Andrew Woods said the thinking goes like this: “I want the technology to be trained on people in my community because then at least it will be as accurate as it could be, vis-à-vis our distinctive features.”

But how do companies build a representative database? Is Facebook forced to share its treasure trove of European faces? Maribel Lopez, founder and principal analyst of Lopez Research, said that would be a big deal for U.S. tech companies that sell this kind of data.

“This definitely has business model implications for large U.S. tech companies in terms of how they monetize today versus how they might monetize in the future,” Lopez said.