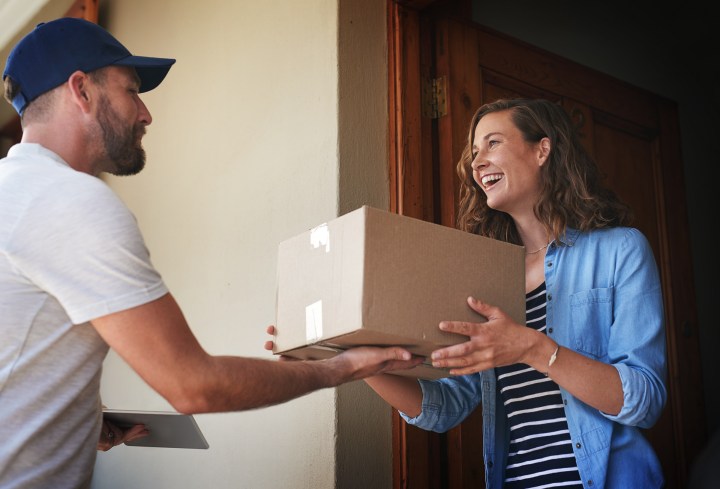 In 2017, almost 26 million Americans had packages stolen from their front porches or doorsteps — an increase from the 23.5 million porch thefts reported in 2015, according to a study from InsuranceQuotes.

And there are some regions that are less lucky than others when it comes to being targeted by criminals that home security experts call “porch pirates.” Austin, Texas, earned the (unfortunate) distinction of being the metropolitan area most likely to get a package stolen during the holidays, according to a study last year from the security company Safewise. Salt Lake City, Utah, and Miami-Ft Lauderdale, Florida, followed.

Here are some general tips that experts recommend when safeguarding your packages:

1) Get lockboxes for your home

You typically leave them unlocked or they’ll have a code that you can use to open them. The person who’s making the delivery can pop in the package and then lock it up when they leave, according to Edwards. However, these can be pricey, often costing hundreds of dollars.

“But if you think it’s worth it for the stuff that you’re having sent to you, it can be an easy way where there’s no other hassles: you don’t have to make another stop,” Edwards said. “You don’t have to have it [delivered] at the office.”

Edwards also said there’s an app called eNeighbr that’ll allow you to have packages delivered to neighbors (whom you trust) and nearby stores. Each package is insured up to $300.

3) Amazon Key (depending on your comfort level)

Amazon Key is another option, which will give the e-commerce company access to your house, garage or front door when dropping off your packages. The service relies on the Amazon Cloud Cam, which records the delivery. Smart lock and cloud cam bundles can range in price, but usually cost several hundred dollars.

However, allowing Amazon into your home may be too intrusive for some.

“It just depends on how comfortable you feel with Amazon having that much access to your life — because there’s already a lot of access there,” Edwards said.

Amazon also has a Ring video doorbell option that allows users to share video that the device has recorded through the Ring app. Ring has partnered with 400 police forces across the U.S., allowing them to request the video recorded by cameras within a specific time and area, wrote the Washington Post.

Donna Harris, a public information representative for the U.S. Postal Inspection Service, said there are various options you can use through USPS.com to safeguard packages, like the “Hold Mail” option which will keep letters and packages securely held at your local post office. You can also use their “Package Intercept” option, which will allow you to to stop or redirect an item that’s out for delivery or already delivered.

People sending packages can also choose the “Hold for Pickup” option, which will enable recipients to collect packages at the post office.

Securing cameras on the exterior of your home is, of course, a popular option. Robert Siciliano, home security expert for the home improvement site Porch, said they can even be fake. (Although “obviously real are better,” he added).

But Siciliano said that just putting up a sign can help deter porch pirates.

“In addition to having the camera, it would be even better to have signage alerting anybody that comes to the door that the home is being monitored by video surveillance,” he said. “That signage is really important to alert a burglar that there’s an extra set of eyes on the property.”