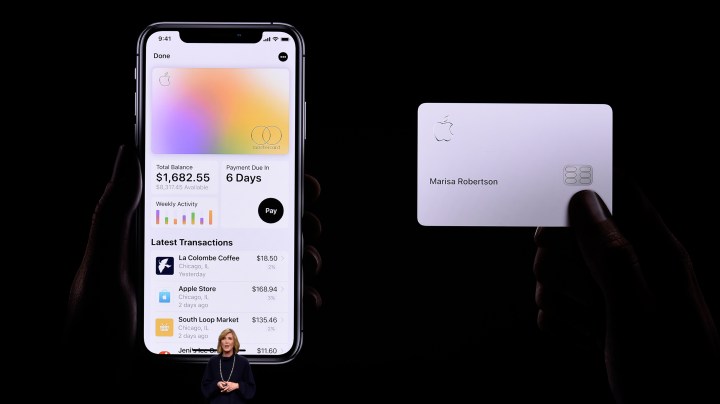 Apple has been busy diversifying, expanding into media with the creation of its Apple TV service and launching its own credit card, a collaboration with Mastercard and Goldman Sachs.

But the card is being criticized for discriminating against women. It started with a software engineer who said on Twitter that the Apple card allowed him a much larger credit line that his wife without good reason.

Others came forward in agreement, among them, Steve Wozniak, co-founder of Apple, who said his wife — with whom he shares credit cards, bank accounts and assets — had the same experience.

The potential cause is a computer algorithm, one the New York State Department of Financial Services has said it will investigate.

The department is already investigating for bias a UnitedHealth algorithm that allegedly caused black patients to receive less comprehensive care than white patients.

How credit limits are normally set

“The biggest factor here is gonna be your credit report,” said Jill Gonzalez, WalletHub analyst. “That’s obviously where the largest wealth of information on you is — things like how on time you are in paying your bill, how long the length of your credit history.”

Another big factor in determining credit limit: how much a person owes compared to how much they make.

But then there’s a whole other layer of information that can be used. How long does the bank or credit card company think you are going to stick with them? Are you brand loyal?

“Apple obviously has lots of information about a lot of people,” said Jonathan Glowacki, a principal at Milliman, a quantitative consulting firm for the financial industry.

He said there’s a risk that sometimes a variable might unfairly target a particular group. For example, a ZIP code, which a bank could use to determine creditworthiness.

“ZIP code could be a proxy variable for an income of a given region. However, it also could be correlated with protected groups like race and national origin,” Glowacki said.

The exact recipe though? We don’t know.

“Issuer to issuer, it’s kind of a secret sauce that is ever changing,” Gonzalez said.

The fact that people have to guess what exactly is going on is both frustrating — some of those on Twitter who complained about Apple’s credit limit determining system said even customer service representatives couldn’t explain it — and part of the reason why the New York State Department of Financial Services is investigating the Apple Card.

In a statement, Goldman said it bases credit limits on individuals’ particular qualifications:

“As with any other individual credit card, your application is evaluated independently. We look at an individual’s income and an individual’s creditworthiness, which includes factors like personal credit scores, how much debt you have, and how that debt has been managed. Based on these factors, it is possible for two family members to receive significantly different credit decisions.”

Goldman also said it does not take gender into account when setting credit limits.