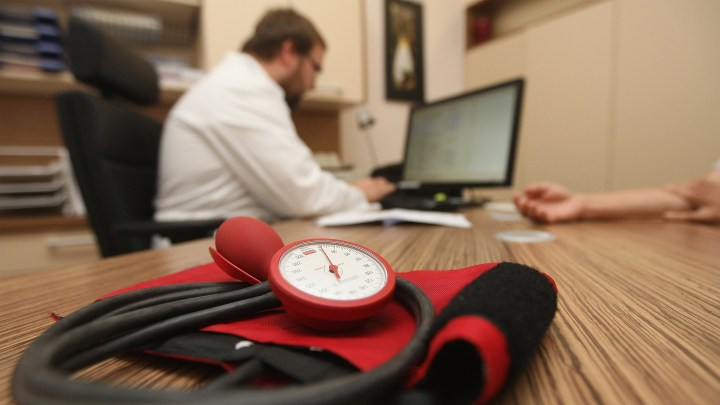 Premiums for the most popular “silver” plans on the federal Affordable Care Act exchange will fall an average of 4% next year to $388 a month for a 27-year-old before federal subsidies, according to the Centers for Medicare & Medicaid Services. Enrollment season for the insurance plans starts next week.

This is the second time in a row premiums have dropped after increasing steadily for years and jumping up more than a third in 2018.

“So it turns out that insurers overshot,” said Matthew Fiedler, a fellow with the USC-Brookings Schaeffer Initiative for Health Policy. “Premiums are now coming back down to earth.”

Insurers aimed so high, according to Fiedler, because they were afraid their costs would go up after the Trump administration ended some payments to insurance companies and repealed the individual mandate, which forced healthier people to buy in.

“We saw in 2017 and 2018 a pretty big exodus from companies that were really concerned,” she said.

The fact that many insurers are now returning to the market is a sign the ACA exchanges are healthy, Corlette said.

“I always call it the law with not nine lives but, like, 23 lives,” she said.

There is still some uncertainty: a Texas suit in a federal appeals court could strike down the law completely.