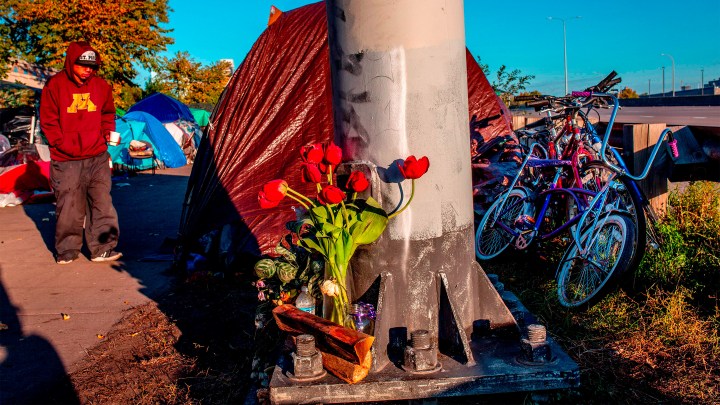 COPY
Flowers are placed at a Minneapolis memorial for people who have died from opioid overdoses. Kerem Yucel/AFP/Getty Images

Flowers are placed at a Minneapolis memorial for people who have died from opioid overdoses. Kerem Yucel/AFP/Getty Images
Listen Now

On the same day they were headed for a federal courtroom in Cleveland, four drug companies made a deal to settle a lawsuit over their role in the opioid epidemic. Teva Pharmaceuticals Industries, McKesson Corporation, Cardinal Health and AmerisourceBergen Corporation reached a $260 million settlement with two Ohio counties to avoid trial.

It’s a fraction of the estimated $631 billion the epidemic in the U.S. cost from 2015 to 2018, according to a new study from the Society of Actuaries. Annual costs are projected to rise even higher for 2019. Premature deaths were the single biggest factor, based on how much people could have contributed to the economy if they had lived. Other costs included treating people’s addictions, more policing and family assistance programs.

Click the audio player above to hear the full story, and check out our podcast “The Uncertain Hour” for more on-the-ground reporting on America’s drug war.