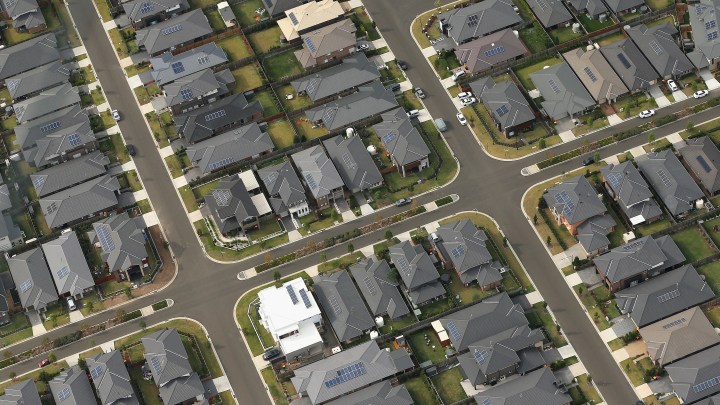 Some housing discrimination is overt: a racist landlord who refuses to rent to African Americans, for example. And some is subtle and often unintentional.

“Policies that look neutral on their face but have a discriminatory impact on a community, like people of color, or women, or people with disabilities,” according to Sandra Park, a senior staff attorney at the American Civil Liberties Union.

That’s known as “disparate impact,” and for decades it’s been used as a legal tool to promote fair housing.

Park cites an example: In 1999, an Oregon woman called the police and told them she’d been assaulted by her husband.

“As a result, her landlord sought to evict her under a policy that said households would be responsible for any criminal activity occurring in the home,” Park said.

The ACLU represented the woman in a successful effort to get the policy overturned.

“That was a neutral policy on its face, but in applying it against domestic violence victims, it had a disparate impact on women,” Park said.

The “disparate impact” rule under the Fair Housing Act has been used to fight zoning rules that perpetuate racial segregation, occupancy restrictions that keep out families with children and lending policies that disproportionately hurt women by not counting paid leave as income.

Now, the Trump administration wants to make it harder to bring cases under the rule.

“This rule change basically introduces more caution,” said Aaron Hedlund, with the Center for Growth and Opportunity at Utah State University. “To say that, ‘Hey, if we’re going to shut down a policy or bring lawsuits, we want to make sure we can prove causality.'”

The old rule put the burden of proof on defendants, who had to justify their policies when challenged, Park said. The new rule would shift the burden to plaintiffs, who will have to prove that the policies they’re challenging are unnecessary and directly cause significant harm.

“If you have a rule that is adopted without discriminatory intent and that is applied equally to everyone, then that’s not discrimination,” said Roger Clegg, general counsel of the conservative Center for Equal Opportunity, which supports the changes.

Fair housing advocates say the changes will make it harder to right past wrongs.

“The reason why disparate impact is so important is because under the federal Fair Housing Act, we’re trying to address not only intentional discrimination, but also the effects of longstanding segregation,” said Sharon Legenza, executive director of Housing Action Illinois, a coalition of fair housing groups.

The changes will also allow lenders and landlords to use computer algorithms that may perpetuate bias as long as they meet industry standards or have been validated by a third party.

Friday is the last day for public comments on the new rule.

Writing in the National Review, Housing and Urban Development Secretary Ben Carson said the department will consider all of them “seriously.”