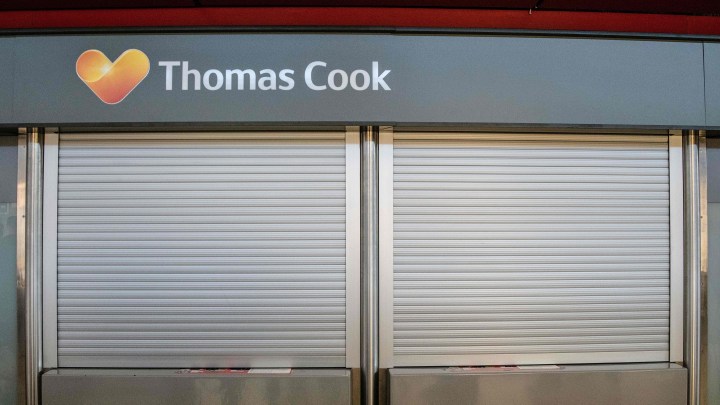 It’s been a busy 24 hours for businesses and governments in the wake of Thomas Cook’s collapse.

So far, the British government has repatriated about 8% of the 155,000 U.K. citizens who were abroad on vacations when the 178-year old travel-booking company went bust. For the smaller number of non-U.K. vacationers away on a Thomas Cook package, airlines like British Airways are offering fares at cost to get passengers home as long as they present a Thomas Cook booking confirmation.

Though packaged vacation options have stolen the headlines, Thomas Cook also offered customers packaged experiences. And they established partnerships with various companies and hotel brands to do so. One such offer was in collaboration with the National Football League to offer accommodation and game-day tickets to the league’s matchups in London this fall.

Now that Thomas Cook has gone out of business, though, customers aren’t sure whether their bookings are still valid.

Greg Stark is an American-football superfan from Scotland. He had received confirmation in July that he and a friend had tickets to an upcoming game between the Tampa Bay Buccaneers and the Carolina Panthers. But he spent Monday morning trying to find out whether he would still be able to attend the game on Oct. 13.

“We’ve been looking forward to this for a long time … we’re really hoping at the moment the NFL will honor the tickets sold through Thomas Cook and hopefully give us a chance to buy them,” he said.

The NFL posted a statement Twitter that it was aware of fans’ concerns.

“We are investigating the situation in order to be able to advise on a course of action and will have further information as soon as possible,” the statement read.

As for the hotel, Stark said that the room Thomas Cook booked for him is still available but no payment information is in the system and it hadn’t been paid before the company went into liquidation on Monday.

Stark’s experience highlights the complexities for third-party companies that relied on Thomas Cook to do business.

In many cases, customers abroad are now on the line for hotels they thought Thomas Cook had covered but hadn’t paid out. In other cases, entire islands like Crete, or countries like Tunisia and Turkey, which once relied on the traffic from tourism packages that brought hundreds of thousands of tourists in, now have to figure out how to support hospitality workers whose business essentially dried up in a day.

“I’m sure we’ll see the bigger players like TUI, EasyJet and Ryanair putting on additional flights because those 800,000 holiday makers will want to go on holiday and different companies just need to rearrange themselves, rebook what it is they wanted,” she said.