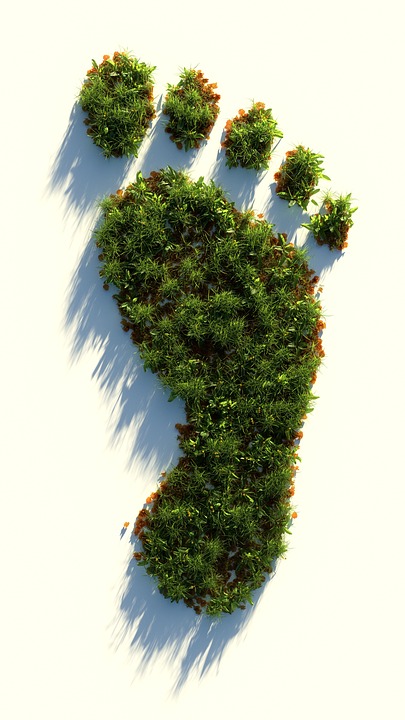 On Sept. 23, world leaders, policymakers, researchers and advocates will gather at the United Nations for the 2019 Climate Change Summit. The vast majority of attendees will be flying in for the event, but not Greta Thunberg. The young Swedish climate activist spent two weeks on a racing yacht crossing the Atlantic using nothing but the power of wind and sun to get to New York. By sailing instead of flying, she avoided the pollution of a fossil fuel-powered plane and prevented 2,200 pounds of CO2 from entering the atmosphere.

Unfortunately, that yacht has to get home somehow and needs a crew to do it, and that crew took a much faster but far less environmentally friendly plane to get to New York. While critics have lambasted this point, they often fail to note that the trip will still be carbon neutral. The team has promised to do something else to reduce their carbon emissions, something the rest of the attendees of the Climate Summit might want to consider if they are flying in for the climate summit. They are buying carbon offsets.

“If you make greenhouse gases, and you want to reduce your carbon footprint, you can invest in projects that reduce greenhouse gas emissions,” explained Steve Zwick, managing editor of the nonprofit research group EcoSystem Marketplace. By purchasing carbon offsets that support things like reforestation, solar energy, methane capture or a dozen other ways to reduce CO2 emissions, individuals and companies can basically balance their carbon budgets.

“It’s impossible to reduce all of your emissions directly to zero,” said Mark Mondik, vice president of Carbon Markets for 3Degrees, a sustainability consulting firm. “It’s not possible for individuals, it’s not possible for companies. Everybody has a carbon footprint of some size.” That’s where carbon offsets come into play.

From an environmental standpoint, it is undoubtedly better to reduce CO2 emissions at the source. Carbon offsets are not a get out of jail free card. But to steal a line from the nonprofit CarbonFund.org, “Reduce what you can, offset what you can’t.” And that is exactly what companies like Lyft, Google, Dell and Etsy are doing. They still emit CO2 but offset an amount equal to what they produce. That’s how they can claim to be carbon neutral.

This is not a new idea. Voluntary carbon offsets have been around for about 20 years but were initially marketed towards the environmentally conscious citizen.

“When we started, it was entirely aimed at individuals,” said Eric Carlson, founder and president of CarbonFund.org. But over the last decade, he said that has shifted. “It’s now probably about 70% to 75% business actions.”

And as businesses have started to purchase carbon offsets en masse, the market has boomed. In 2016, the last year that data is available, 63.4 million metric tons of CO2 were offset in the voluntary market at a cost of $191.3 million. Compared to global annual carbon emissions, it’s a pretty tiny amount, less than a quarter of 1%, but that share is growing fast. “We’re up about 30% to 35% over the last 12 months and probably 40% or so for the last few years,” Carlson said.

Mondik said his company has seen similar growth, and a lot of it is due to big-name companies deciding to offset their emissions entirely. Late last year, Lyft partnered with 3Degrees and started purchasing carbon offsets that equal the pollution created by every one of its rides. That’s no small number.

“They’re purchasing over a million tons per year,” Mondik said. “I think Lyft saw this as an opportunity to engage the riders, drivers, and all their other stakeholders, and really to establish a leadership position on this issue.”

And it sure doesn’t hurt that for a lot of consumers, sustainability and social leadership factors into choosing a product. A 2017 study by the PR firm ConeComm found that “87% of Americans will purchase a product because a company advocated for an issue they cared about.”

Earlier this year, Etsy also announced a plan to go carbon neutral. The e-commerce site is working with 3Degrees to offset the CO2 emissions produced from shipping every item it sells. Chelsea Mozen, sustainability lead at Etsy, explained that “Now anytime you buy something on Etsy, that item is shipped carbon neutrally.”

And it is shockingly cheap.

“The cost is really quite negligible. For all of our shipping for every item sold on Etsy, the cost was under a million dollars. It’s less than a cent per package sent,” Mozen said. “When we sat down with our CEO, and we talked to him about this initiative and he found out the price, he asked me, ‘Why haven’t we already done this?’”

Stefano Carattini, an environmental economist at Georgia State University, said that it is a simple matter of economics. Offsetting emissions doesn’t benefit companies or individuals in a direct way. “From a purely economic selfish perspective, I think the rational behavior would be not to offset,” he said. “But there is, I think, an increased understanding that collective action can be successful.” And it doesn’t hurt to be able to advertise the environmentally friendly carbon neutral policies either.

But according to Carlson, despite the low price, environmental benefits, and social capital companies gain from purchasing carbon offsets, it seems to take a little prodding, a little shock to the psyche and perhaps a little fear to get companies to take action.

“The carbon offset market ebbs and flows with news about climate change and weather events. You can very much see that correlation,” he said. “If there are major fires out in California we’ll probably get some interest immediately. But then in the next couple months people will be contacting us because they thought about it, they discussed it internally, and they want to do something.”

While the CO2 offset by the voluntary market is only a drop in the bucket of global emissions, every little bit does help. But Carattini said there is a bigger picture to consider. When people and businesses are “willing to pay to reduce their greenhouse gas emissions, it sends a strong signal to policymakers about the willingness of people to engage in climate change issues.” Companies like Lyft and Etsy may just be doing some good old virtue signaling, but they are putting real money up to do it.

Between droughts, floods, heatwaves, dire climate reports and environmentally questionable policy decisions, the last 12 months have seen no shortage of environmental crises to keep climate change in the news and the carbon offset market growing. Whether policymakers decide to take serious action remains to be seen. In the meantime, you can always trade a few dollars to at least make your own life a little less harmful to the environment.