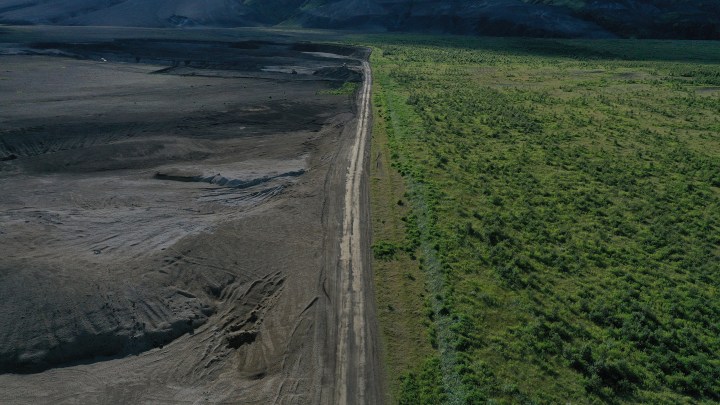 COPY
New research by Oxfam indicates that there may not be enough room to plant all the trees proposed in corporate climate pledges. Above, native birch trees grow next to a desert of volcanic sand in Iceland. Sean Gallup via Getty Images
A Warmer World

New research by Oxfam indicates that there may not be enough room to plant all the trees proposed in corporate climate pledges. Above, native birch trees grow next to a desert of volcanic sand in Iceland. Sean Gallup via Getty Images
Listen Now

The United Nation’s COP26 climate conference in Glasgow is into its second week. Not coincidentally, a number of corporations have been announcing climate change and net-zero emissions goals of their own this past week.

Those pledges almost always include some form of carbon offset — which often comes down to planting trees that will absorb an equal amount of carbon dioxide.

Is there even enough land and forest on the globe to meet this volume corporate targets? No, say some environmental groups.

In fact, according to an Oxfam analysis, all these carbon removal goals could need an area five times bigger than India.

“Yeah, we’d need another planet,” said Forrest Fleischman, a professor of environment and natural resource policy in the Department of Forest Resources at the University of Minnesota. “There is a limited amount of land that’s available for storing more carbon through forestry.”

Forests make up the majority of carbon offset projects. Sometimes that means planting new trees. Other times, paying landowners not to cut down trees.

But banking on forests to solve the climate crisis is problematic, said Danny Cullenward with Carbon Plan, a nonprofit climate science research organization.

“The problem of storing carbon in trees is they’re not necessarily that stable, right?” he said.

And those carbon offsets literally go up in smoke. There are new carbon offset schemes that don’t rely on forests — like the ones being developed by German chemical firm Bayer.

“One of the things Bayer is working on is enabling also farmers to offer both carbon offsets and carbon removals,” said Matthias Berninger, Bayer’s senior vice president of public affairs, science and sustainability.

In time, offsets could be about much more than trees, he said, adding that corporate goals could be a vehicle for carbon reduction technologies that work.