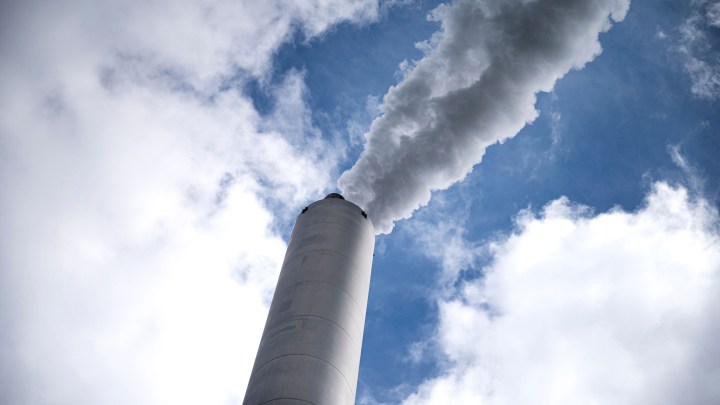 COPY
According to the Ecosystem Marketplace, the global carbon offset market is worth around $750 million. Above, a pilot carbon dioxide capture plant in Copenhagen, Denmark. Ida Guldbaek Arentsen/Ritzau Scanpix/AFP via Getty Images

According to the Ecosystem Marketplace, the global carbon offset market is worth around $750 million. Above, a pilot carbon dioxide capture plant in Copenhagen, Denmark. Ida Guldbaek Arentsen/Ritzau Scanpix/AFP via Getty Images
Listen Now

Carbon offsets are becoming dramatically more popular over the past few years. These are credits individuals or companies can purchase to make up for their own carbon dioxide emissions — from traveling or industrial production, for example.

The trouble is, not all carbon offsets are created equally. And this is a problem that is going to be part of the conversation at the upcoming United Nation Climate Change Conference.

If I can’t stop polluting, I’ll pay someone else to pollute less for me — that’s basically the idea behind carbon offsets. So when a business says it’s going to be carbon neutral, this is one of the ways it does that: by paying money for a credit that ends up going to some carbon-reducing project somewhere in the world.

Manning directs marketing for Cool Effect, a Bay Area nonprofit that helps people and businesses reduce their emissions and find high-quality carbon offsets, which can be easier said than done.

“Many of the offsets that are purchased by companies are not of sufficient quality,” said Gilles Dufrasne, a policy officer at Carbon Market Watch. “Many of the credits that are bought today do not represent a ton of carbon dioxide, and often that’s because it’s very difficult to measure the impact of a project.”

A group might claim to be using money to protect a forest that was never in danger of being cut down. Or someone might claim that money from a carbon credit is making a wind farm financially possible when it otherwise wouldn’t be. But how do you make sure that’s true?

“That is an extraordinarily tough problem to do in one sector in one country,” said Danny Cullenward with CarbonPlan, a nonprofit climate science research organization. “Try doing it in every sector in every country, and now you have the problem of what a global offsets market should be.”

There are standards out there along with groups that vet carbon offsets, but Cullenward said there’s also a lot of shadiness to sort through. This comes at a time when the market for carbon offsets is exploding.

According to the Ecosystem Marketplace run by nonprofit Forest Trends, the global offset market in 2019 was worth $320 million. It’s now about $750 million — and the year’s not over.