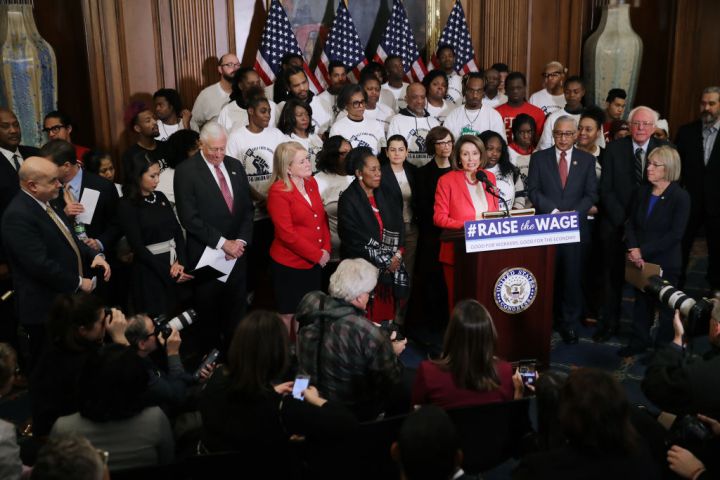 COPY
Speaker of the House Nancy Pelosi introduces the Raise the Wage Act at an event in January. Chip Somodevilla/Getty Images

Speaker of the House Nancy Pelosi introduces the Raise the Wage Act at an event in January. Chip Somodevilla/Getty Images
Listen Now

The federal minimum wage – currently at $7.25 an hour – hasn’t changed in a decade. The House of Representatives is preparing to vote on a Democratic proposal that would increase the minimum wage to $15 an hour by 2025.

That change could lift 1.3 million people of out poverty and raise wages for some 27 million workers, according to a recent report by the Congressional Budget Office.

It could also cause an estimated 1.3 million Americans to lose their jobs.

Are those job losses worth the wage gains? Democrats and Republicans have different answers.