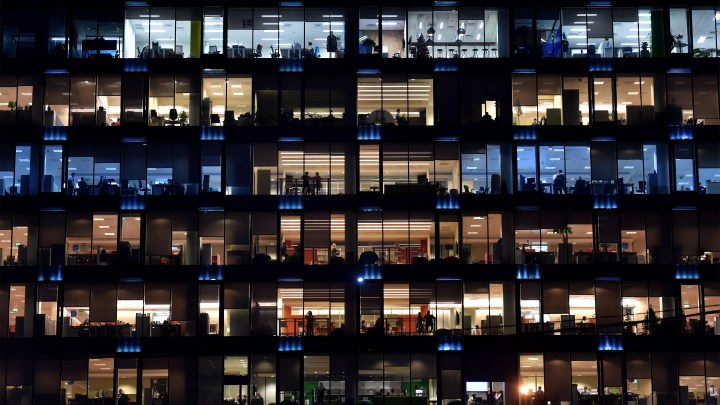 Employees work in an office in Moscow in 2014. KIRILL KUDRYAVTSEV/AFP/Getty Images
Listen Now

One of the most dramatic changes to the modern office building in the last 50 years has been to its windows. Today, most American offices are airtight, with floor-to-ceiling windows that can’t be opened.

New research suggests that the lack of ventilation in office spaces could be a problem for workers. Small spaces with poor airflow can lead to the buildup of heat and carbon dioxide from human breathing, which may have a negative impact on a person’s cognitive abilities.

While office workers gather in a conference room, what’s being discussed at the table may be just as critical was what’s being released into the air.

Veronique Greenwood wrote about it for the New York Times and recently joined us to discuss her findings.