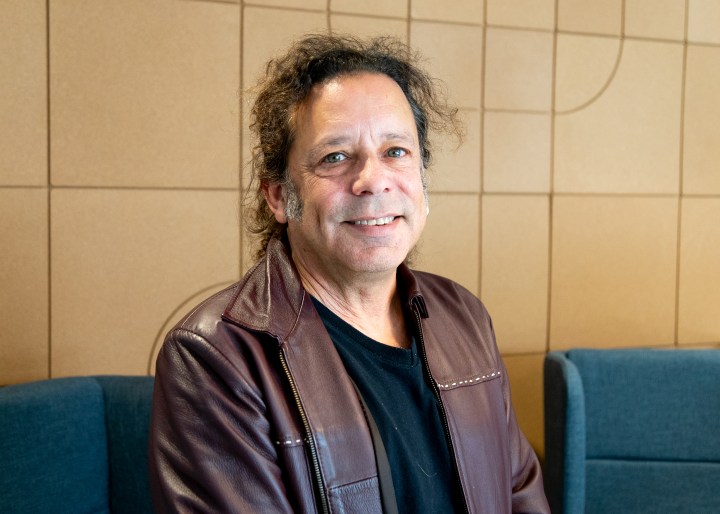 What you end up doing with your life is usually a result of your circumstances. Ted Meyer was born with a rare genetic illness called Gaucher disease, but started making art inspired by his condition and his regular visits to the hospital. He then decided to collect stories from people who suffered physical trauma and create an art collection called “Scarred For Life.” And after awhile, he dedicated his time to curating their art at medical schools to remind doctors and students about the humanity of their patients.

My name is Ted Meyer. I am an artistic patient advocate. I work with patient artists to tell their stories to med students or convention goers … how their illness affects their life not only negatively but a lot of times, positively.

So I was born with Gaucher disease. It’s a genetic illness. I was in the hospital a lot. And I did artwork about the fact that I was sick. And I became very comfortable with the idea of art and medicine as a unified force for imagery and storytelling.

Because I had this illness, when I graduated college as a graphic design major, I thought “I’m going to go get a job at a design studio,” which I did. And I was so fatigued and so tired that I really did not do a great job. And I got fired.

There was a certain point where I just realized I had to freelance because if you have to take a nap at three in the afternoon, most of your bosses are not going to accept that.

I just decided I didn’t want to do graphics anymore. I switched to doing artwork about other people to tell their stories and I started “Scarred For Life: Every Scar Tells A Story.”

I find people with unusual, life-changing scars. Once I had a big set of stories around, I decided I would go to one of the medical schools, and I suggested that all these stories would be a good learning opportunity, because I would hear the good and the bad that doctors had done over the years to all these patients that I was working with.

That’s when I started my artistic patient advocacy. And I curate art shows now that tie to the core curriculum of the medical schools.

The most recent show we had was by a woman with severe multiple sclerosis who really has very limited mobility left, just her head. But she still makes beautiful images from her brain scans.

And it’s important for the med students to know that they are dealing with people with full and complete lives and a lot of times, part of that life is making beautiful art about a horrible illness.

How COVID-19 is affecting one small-town doctor