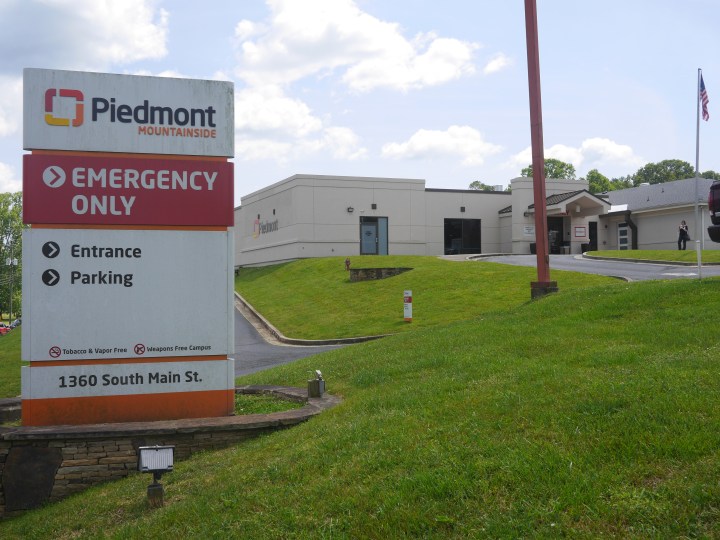 In the Appalachian foothill community roughly 80 miles outside Atlanta, North Georgia Medical Center was closing down. The chief executive of the the hospital’s parent company had said it was losing money.

According to Charlie Paris, chair of the Gilmer County Board of Commissioners, people took the closure hard.

“Most people couldn’t imagine life without a hospital in the county,” he said. “It was seen as a very tragic situation, a very emergency-type situation.”

Losing a hospital can put a rural community — and the health of its residents — in jeopardy. Paris worried that the lack of a hospital could scare away people and businesses that were thinking of moving to the area.

“Usually their first question is: ‘Show me your hospital,’” he said. “We were concerned about, how are we going to respond to that? Because we know it’ll be coming.”

About a dozen rural hospitals shut down every year, according to a report from the U.S. Government Accountability Office, and more than three-quarters of recent closures have come in the South.

By one count, more than 100 rural hospitals have closed their doors since 2010, according to Erika Rogan with the American Hospital Association.

“They just don’t have as many patients coming through the door as other geographic areas may have,” she said. “That can be problematic when payment for their services is based on volume of care.”

For Gilmer County residents, the next best option was Piedmont Mountainside Hospital, about 20 miles down the road.

“Our emergency room was slammed, so we just really felt like we didn’t have the capacity to manage everything that was coming through, from an emergency standpoint,” she said.

Ray and her colleagues saw an opportunity in the closing hospital.

By opening an emergency room there, they could take pressure off Piedmont Mountainside’s ER and hold on to their 30-35% market share in Gilmer County.

But to hold onto those patients, they’d need to beat potential competitors to the punch.

“If a different facility had opened there, [patients] might have changed where they were receiving services,” Ray said.

She says Piedmont spent $2.2 million building a modern emergency room — much less than it would have cost to build a new one from scratch. The standalone ER opened about a year after the old hospital closed.

Paris says residents weren’t sold on the idea at first.

“We were skeptical. It had never been done before. We are not real wild about being the first to adopt anything,” he said, chuckling.

Two years in, the ER has been well received by residents and business leaders, says Paige Green, who runs the Gilmer Chamber of Commerce.

She says communities need to move past the notion that every small town needs its own full-service hospital.

“The reality is that if you’re paying attention to what’s happening in the healthcare space, we have to accept that those days are probably behind us,” she said.

On a recent afternoon, only a few of the ER’s 8 beds were filled. The facility sees about 33 patients a day, according to a Piedmont Mountainside spokesperson.

Denise Ray says both her ERs — the standalone one in Gilmer County and the one at Piedmont Mountainside — offer, essentially, the same services.

It’s not uncommon to have to transfer patients who need more care; it happens about 6% of the time, according to the spokesperson.

Dr. Tom Nguyen says that’s the only real difference he’s noticed from the other ERs where he’s worked.

“The challenge is probably transferring patients, because all the patients that need to be admitted, they have to be transferred because we don’t have any of those services,” he said.