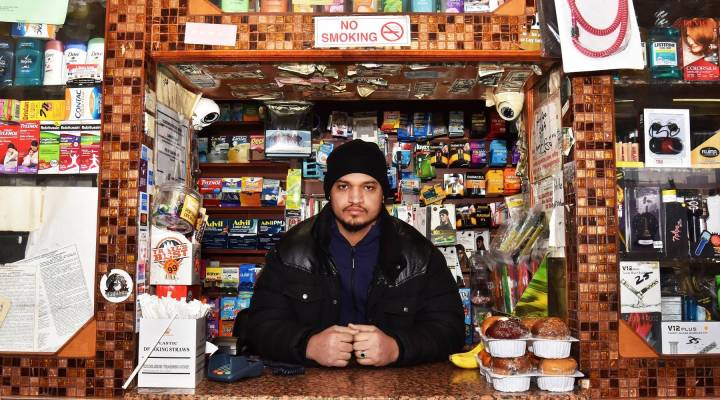 Originally signed into effect in January 2017, the travel ban — an executive action by President Trump — restricts U.S. entry for citizens of seven countries. The version of the ban in operation today is the third version, upheld by the U.S. Supreme Court in June of last year.

One of President Trump’s campaign promises was to curb Muslim immigration. As five of the seven restricted countries (Iran, Yemen, Syria, Somalia, Libya, Venezuela and North Korea) are Muslim-majority, the ban is often referred to as the “Muslim Ban.” It reportedly covers about 135 million people. Protests took place in towns, cities and airports across the country in the aftermath of its announcement.

Although the ban has receded somewhat from the public eye since then, the refusal of immigrant and non-immigrant visas – roughly 37,000 last year, officially – continues to negatively affect the lives of many U.S. residents, including small business owners and operators. Restaurateurs, startup founders, shop owners and medical professionals with their own practices, among others, say the travel ban amounts to a burden on their businesses. They struggle with access to capital, hiring and the distress of prolonged family separation.

It’s difficult to estimate the number of small businesses that have been hit by the travel ban, or to what degree. The Small Business Administration declined to comment for this story. These are the stories of some of the small business owners and operators affected by the ban.

Abdirahman Kahin, from Somalia by way of Djibouti, is the owner of Afro Deli, a chain of three eateries in the Minneapolis-St. Paul area.

The menu reflects his Somali roots, with dishes like chicken keke, noodles made from chapati bread and sambusas, a Somali-style samosa. Kahin is opening a fourth location this summer and has ambitious business plans for the future: 100 new Afro Deli locations across the U.S. over the next ten years.

Abdirahman Kahin needs chefs and consultants from Somalia for an ambitious expansion of his small restaurant group, which the travel ban makes impossible.

Kahin wants to hire chefs and consultants directly from Somalia during Afro Deli’s expansion, which is impossible under the travel ban. He is training chefs who aren’t from Somalia but, he said, “We really want people with deep knowledge to keep the authenticity of the food.” He’s unsure how Afro Deli will fulfill its expansion goal if the travel ban remains in place.

Siamak Garabaglu, originally from Iran, co-owns a pizza franchise in suburban New Jersey. He’s mulled over the idea of returning to Iran where his wife lives, as he has dual citizenship. “What am I going to do there?” asked Garabaglu, who immigrated with his family 12 years ago, “I’ve built my life here. I planned for it, I’m doing it right now.”

Siamak Garabaglu is the co-owner of a pizza chain franchise in New Jersey. His Iranian wife cannot get a visa to the US.

If successful business owners and entrepreneurs, like Ethan Devenport of Seattle, leave the U.S., it’s a loss of jobs and tax dollars. Devenport, who has been petitioning for his Iranian fiancé’s visa for two years, paid over $210,000 in federal taxes last year after StackPointCloud, the startup he co-founded, was acquired.

Shahab Mothena, from Yemen, owns Amir Deli with his brother in Brooklyn, New York. The deli is located on the edge of a gentrifying Williamsburg neighborhood, facing a housing project. In front of the graffiti-scrawled storefront, Mothena explains that his Yemeni wife is currently in Egypt, waiting for her visa with their two young daughters.

Business owners like Mothena are in a position of professional and personal limbo. They juggle the expensive, time consuming visa-petitioning process while trying to run a business and the deal with the emotional toll of family separation.

Mothena works 12-hour shifts, seven days a week, to pay for his family’s expenses in New York City and Egypt and keep the deli afloat. He says he’s frustrated and heartbroken. The only answer he gets from either the U.S. Department of State or the local embassy is that his wife’s application is in “administrative processing.”

In most instances, business owners’ spouse or fiancé visa applications haven’t been denied outright — waivers are given to those who meet specific requirements. However, applications can remain in “administrative processing” for years. Mothena’s wife was granted a waiver in June of last year, for example, and has yet to be issued a visa.

An approximate 37,000 visa applications, a mix of green cards and non-immigrant visas, were denied in 2018 due to the travel ban. The waivers are given to visa applicants who meet specific requirements, but immigration lawyer Shabnam Lotfi of Madison, Wisconsin, estimates only 2% of applicants have been given waivers. Lotfi thinks the waiver process is a “sham” and “fundamentally doesn’t work.”

Lofti calls the waiver process “window dressing to get the travel ban to be legal,” needed for the Supreme Court ruling, “so that the government can say, ‘We are humanitarian.’”

Lotfi is leading a class action suit against the federal government over the waiver process, first filed in March of 2018. “All we’re asking,” she explained in an email, “is for a fair process, where all parties understand what is required of them and have an opportunity to present their case.”

The travel ban is also blocking funding for small businesses. One immigrant from Iran living outside Los Angeles, who didn’t want his name used due to concerns about his personal safety, is opening a restaurant in June. He has worked as a manager at IHOP for ten years, learning the ropes of the hospitality business.

This interviewee’s father is in the process of immigrating to the U.S. from Iran to support and fund the restaurant’s startup costs. After his visa interview took place in March of last year, the restaurateur assumed the visa would be issued within a reasonable time and signed a lease for a suitable empty restaurant in Southern California. “I just jumped on it,” he said.

Due to the ban, the restaurateur is realizing his father might not arrive in the U.S. before the June launch, if at all, and sanctions against Iran make the wiring of money illegal. The restaurateur and his wife have taken out personal loans and are using savings — no banks would grant him a small business loan — but it’s not sufficient to cover the startup costs.

Some business owners have had to shelve their startups altogether, like Alexander Mehrdad of Orange County, California. In 2015, he launched Motor Media Trends, a company that buys, restores and sells cars.

“I am over my head in legal fees,” said Mehrdad, who has been petitioning for his Iranian fiancé’s visa and pays for trips to see her. “I cannot go back to my business because I have to work a 9-5 job.”

A dentist with his own practice in Georgia, who also didn’t want to be named, concerned it might affect his fiancé’s case adversely, settled on visiting his fiancé, who he considers his wife, one week of every month in various countries.

“While I want this to be a big story, and pressure the embassy to grant me a visa waiver because the travel ban is causing undue hardship to me, as a U.S. citizen, and my company, a US entity, I am concerned that it may cause the opposite effect,” he said.

While visits to his fiancé might be emotionally necessary, the dentist said they had negative business consequences. “I’ve lost employees,” he said — his ten employees don’t get paid if the office isn’t open. He said his patients also suffered “from discontinuity of care.”

Zaid Nagi, the former vice president of the Yemeni American Merchants Association, based in Brooklyn, New York, and the owner of two wireless phone stores, estimates there are 4,000 Yemeni-owned businesses in New York City, and another 10,000 across the country.

“All have been impacted in one way or another,” Nagi said. Each has at least one employer or employee, according to Nagi, who is in the emotional, expensive and time-consuming processes of petitioning for a child, parent or spouse living in Yemen or a country nearby, fleeing the war.

Mugeeb Alrubyee, a translator and immigration paralegal from Yemen, petitioned for his mother’s visa before the travel ban; she hasn’t had her visa interview yet.

Translator and immigration paralegal Mugeeb Alrubyee started petitioning for his mother’s visa since before the travel ban was in place. She lives in Yemen.

Due to the violent conflict in Yemen, many Yemeni business owners have had to immigrate separately, leaving parents, siblings or children behind. Once settled in the U.S., they spend time and money petitioning for their children or parents’ visas.

Alrubyee, who calls the situation “a nightmare,” receives periodic phone calls from his frightened mom, who hears bombs exploding. “You just don’t want to work anymore, you want to go there and take her away from there,” he explained.

The gravity of the situation in Yemen, and the reverberation that can be felt in the U.S., is spelled out by the experience of Shamsuddeen Aldubai, an Uber driver who left his two young sons with their aunt in Yemen while he situated himself in the U.S., joining his wife and other child in 2016.

Shamsuddeen Aldubai, an Uber driver, petitioned for his two young sons in Yemen in early 2017. While waiting in Yemen, one son, seven-years-old at the time, was killed. His remaining son is still waiting for his visa.

Sitting in a Dunkin’ Donuts in Bay Ridge, Brooklyn, Aldubai explains that while waiting for his sons’ visas (he filed for them in April 2017), he received a phone call from Yemen. One of his sons had been killed in an auto accident. He was seven years old.

It’s been a year since his son’s death and Aldubai is still waiting for his surviving son’s visa to be approved. Away from his son, Aldubai finds it difficult to focus. “I don’t have a good mind,” he said.