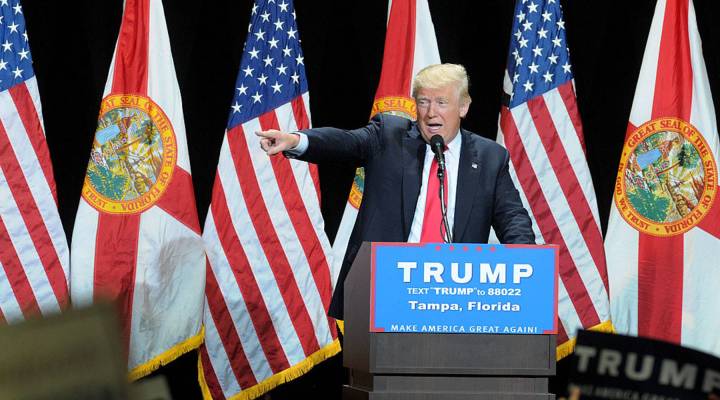 Donald Trump in a speech on Monday suggested that all Muslim immigrants pose potential threats to America’s security and called for a ban on migrants from any part of the world with “a proven history of terrorism” against the United States or its allies. This is a rejection of the pluralism so central to the American experience. Beyond that, it has a significant practical expense.

According to the U.S. National Travel and Tourism Office, 1.2 million human beings visited the U.S. from the Middle East in 2013. They spent, collectively, $6.7 billion ($2,000 more per capita than European visitors). So that’s $6.7 billion you can subtract from the U.S. economy right there.

Now, of course, the Middle East does not have the majority of the world’s Muslims. The majority are in Asia, Southeast Asia and Africa.

The U.S. National Travel and Tourism Office doesn’t categorize tourists by religion, nor does it break down tourist visit data by individual country except for a handful of states, but we can make a crude estimate of how many additional Muslim tourists from these areas there might be and what they might spend.

Projecting Middle Eastern Muslim tourism and spending onto the larger Muslim world, we get a Muslim tourist-spend in the U.S. closer to $18 billion. This is how others have estimated spending as well.

There’s education, too. Trump’s plan would ban at a minimum the 153,586 students from majority Muslim countries who came here in 2015 (that number is based on data from the Institute of International Education tabulated for all Muslim majority countries by Marketplace).

“All international students, including those from Muslim countries, bring billions in revenue and support hundreds of thousands of jobs when they come for higher education,” said Rajika Bhandari, deputy vice president for research and evaluation at the Institute of International Education.

Take those 153,586 students, multiply by average tuition ($32,405 according to the College Board) and you get another $5 billion that you can subtract from the U.S. economy.

India is one of the largest sources of foreign students to the U.S., supplying 132,888 young learners.  If the breakdown of Indian students is the same as the breakdown of religion in India, we might assume 13.4% (17,275 students) are Muslim, yielding another $560 million in lost fees and tuition.

Our grand back-of-the-envelope estimate so far is $24 billion that you can shave off the U.S. economy by banning all Muslims from entering. That’s not counting contributions from all the Muslims on work visas with jobs in Silicon Valley and elsewhere.

All of these calculations assume, of course, that such a policy is possible.

“Very few passports if any in the world tell you religion,” said Muzaffar Chishti with the Migration Policy Institute. “Very few names are conclusively Muslim.”

A ban-them-all policy sounds great as a sound bite, said Chishti, but operationally is neither feasible nor effective and adds another recruiting tool to the United States’ enemies.

That $24 billion total is, more broadly speaking, the cheapest part of the total cost of a ban if you ask Corey Saylor, director of the department to monitor and combat Islamophobia at the Council on American Islamic Relations.

“The first and foremost cost is it’s going to flush the bill of rights on Day 1 of any potential Trump presidency,” he said.

Saylor said there’s a cost to America’s brand as well, arguing that “we will fall right off the stage as the leader of the free world.”

The ban would bar Muslim doctors serving rural communities, it would ban the extensively vetted Muslim refugees fleeing ISIS, it would ban Muslims like the ones who prayed in Central Park on Sunday for the victims of the Orlando shooting.