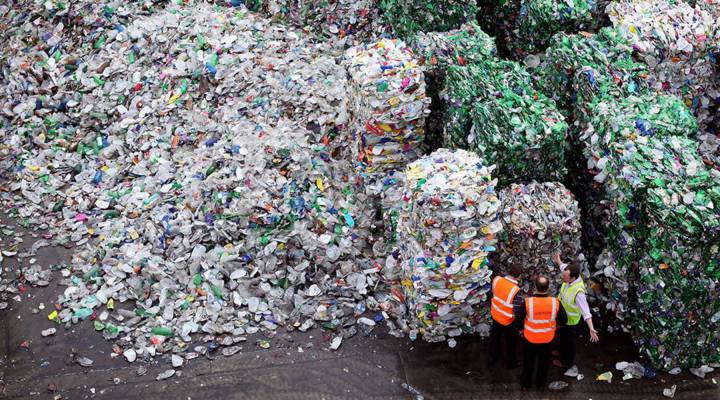 COPY
An employee walks people through the recycling process at a closed loop plant in London, United Kingdom in 2010. Dan Kitwood/Getty Images

An employee walks people through the recycling process at a closed loop plant in London, United Kingdom in 2010. Dan Kitwood/Getty Images
Listen Now

For decades, China bought the world’s old plastic, paper and scrap metal, and turned it into products to export. It’s one of the many ways China became the manufacturing powerhouse it is today. But in January of last year, in an effort to curb pollution and focus more on technology and business, the Chinese government announced drastic reductions in the amount of recyclable waste it would accept from places like the U.S., Europe and Australia.

It was a decision that caused mayhem in the global recycling industry, leading to endless piles of trash with no place to go. Many American cities have resorted to burning or burying the excess waste. Some cities have even killed recycling programs altogether.

Chavie Lieber, a senior reporter for Vox.com, recently wrote about how recycling’s decline is negatively affecting the global economy — China is one of the only places capable of taking in the amount of waste the world creates. “The recycling system is just completely and utterly crumbling,” Lieber told Marketplace host Kai Ryssdal. “It has to be reshaped.”