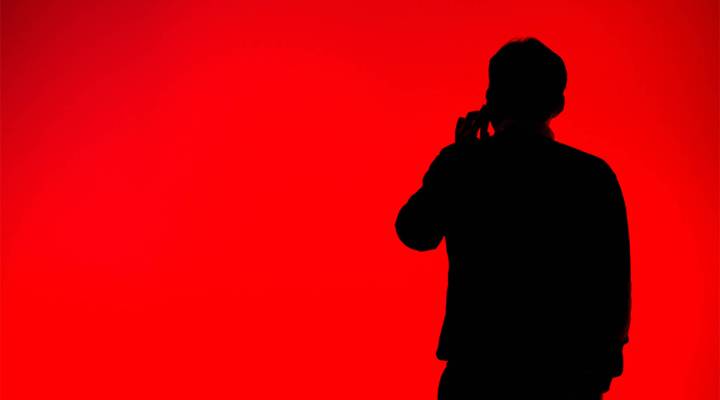 A future built on artificial intelligence is already here. It’s in the way Netflix chooses the next show for you to binge, how your Gmail account suggests simple email replies, in the technology that protects your credit card purchases. And if we continue to let AI develop the way we do now, says futurist Amy Webb, we’re probably not going to like where it takes us.

She says the future of AI is increasingly divided between the work done by six American companies — Google, IBM, Amazon, Facebook, Microsoft and Apple — and three Chinese ones — Baidu, Tencent and Alibaba. But neither country has a technology policy that “puts humans at the center and puts the future of humanity at the forefront.” What could happen to us all in the very near future is the subject of her latest book, “The Big Nine: How the Tech Titans and Their Thinking Machines Could Warp Humanity.”

Click here to read an excerpt from Webb’s book.

The following is an edited transcript of her conversation with Marketplace host Kai Ryssdal.

Kai Ryssdal: So as we get going, I need two things from you. The first is a working person’s definition of AI.

Amy Webb: Sure. So artificial intelligence at its most basic form is just taking data and putting it through a series of processes so that decisions can be made on the other end. So we’re talking about things like your anti-lock brakes; all of the recommendations systems on Spotify and on Netflix. Anytime you write a check, any time you use your ATM card, there’s risk and compliance AI on the back end that’s making sure there’s no fraud being committed. So there are literally thousands of acts of weak or what’s called artificial narrow intelligence surrounding us every day, all day long.

Ryssdal: Let me get to the subtitle of your book, which is, “How the Tech Titans and Their Thinking Machines Could Warp Humanity.” “Tech titans” —are they the standard ones we’re thinking about, Facebook and Google and all of them?

Webb: Yes. So basically there are nine companies that control the future of artificial intelligence. And those nine companies are spread between the United States and China. Six of them are in the U.S. I like to call them the G-MAFIA. They are Google, Microsoft, Apple, IBM, Facebook, and Amazon. And in China they’re collectively known as the BAT: Baidu, Alibaba and Tencent. And it is these nine companies that are effectively building the future of AI. And as a result, they are making determinations about the future of humanity. I just want to say from the outset that while the subtitle sounds ominous, I actually believe that these nine companies are our best hope for the future. I don’t actually think they’re the villains, but they have to start making difficult choices under extremely challenging circumstances right now.

Ryssdal: So let’s get to those circumstances, and I’m going to have to ask you to explain the whole hopeful note that you strike in this book because as you lay out, the thrust of this book is that these nine companies are driven by two extremely different motivating forces. One in the United States is Wall Street, and to some extent, the fickleness of American politics. And then in China, it’s the command economy and their desire and need to use AI to establish their global — not dominance but power.

Webb: That’s right. And unfortunately, neither of those scenarios puts humans at the center and puts the future of humanity at the forefront. So here’s what’s happening in Silicon Valley. We’ve had no national strategy on artificial intelligence or on any other number of important technologies and areas of science. Basically what that means is that the G-MAFIA are beholden to the whims of Wall Street, and, you know, they have to deliver some kind of product on a quarterly cycle, as though you can schedule R&D developments and breakthroughs. You can’t.

Ryssdal: So give me the flip side of the capitalist democratic political situation, which is China and how they are using and looking at AI for their own means.

Webb: So you know if you look at China and China’s economic situation, the reason that AI is so important to China is because people’s data can be mined and refined in real time to make sure that they are complying with all of the local rules and social norms of society. But artificial intelligence ties into many of the state big initiatives. Things like digital communications and infrastructure, 5G and data collection techniques. And what we’re starting to see take shape in real time is a new world order, one in which we’re trying to sort things out here in the West. And in China and its various partner countries, they are reshaping digital infrastructure and mobility and freedom of and access of information and what consumers have access to in their own image.

Webb: Well, I mean, we can get darker before the dawn here. But it’s upon us right now, and here’s what we do to get out of this: We have to change the developmental track that AI is on, and all of us bear responsibility. We have to stop fetishizing the future and talking about AI in abstraction and get down to business, which means everybody plays a role here. You and me and my dad and folks working on Capitol Hill and folks in the Valley. The best possible outcome is that we see courageous leadership within the Big Nine, that they are willing to collaborate in our best interests, that they that they work on values, that they think about ethics. You know, all of those different things.

Ryssdal: So look, far be it from me to be the cynic here, but do you believe that that’s going to happen? I mean, one hates to pick on Mark Zuckerberg and Facebook, but let me pick on Mark Zuckerberg and Facebook here for a minute. We’ve been talking about that company and what it’s doing — now, specifically privacy and user data — but what in that company’s history lead you to believe that they are going to be altruistic and in favor of humanity when it comes to something like AI?

Webb: Nothing. So here’s what I think is going to start tipping the scale: Based on what happened in our legislature during the last election cycle, it’s pretty clear to me that all of these companies are going to be facing regulation. Regulation that they haven’t seen before, that they haven’t had to deal with —

Ryssdal: But Amy, Congress doesn’t know how Facebook makes money. You remember that scene with Zuckerberg on the Hill? And Zuckerberg was like, “Senator, we sell ads.”

Webb: That’s totally right. Which is why the G-MAFIA should be absolutely terrified that if they don’t figure out a different way forward, they are going to face people regulating them and that those people have absolutely no idea how any of this technology works. That would be a horrifically catastrophic scenario for the G-MAFIA. And actually, it would be such an enormous strategic advantage for China that it puts us all at risk.

Ryssdal: So to borrow an analogy from the craps table, you’re kind of betting on the come here, right?

Webb: You know, I actually play a lot of craps [laughs], and in real life, that is never a bet that I would make. But I think in this case,

Ryssdal: You kinda have to?

Webb: I think we have to, and I think we have to play the odds on this one. And all of this is unfolding right now. And if you don’t already feel a sense of urgency, then the future is going to smack you upside the head in a way that is incredibly uncomfortable in a few years. But that’s the good news. The good news is we can we can change our futures right now if we’re willing to make some, again, uncomfortable decisions.